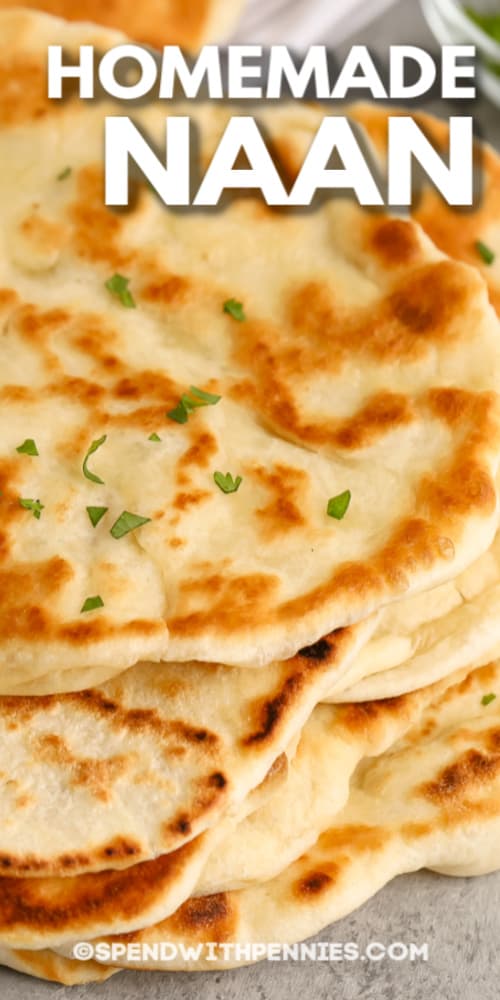 Easy homemade naan is a simple bread to make and comes out deliciously soft and slightly chewy.

The dough is quick to prepare and once it has risen, it’s quickly panfried until golden. It can be used as a dipper, a wrap, or even as a pizza base! 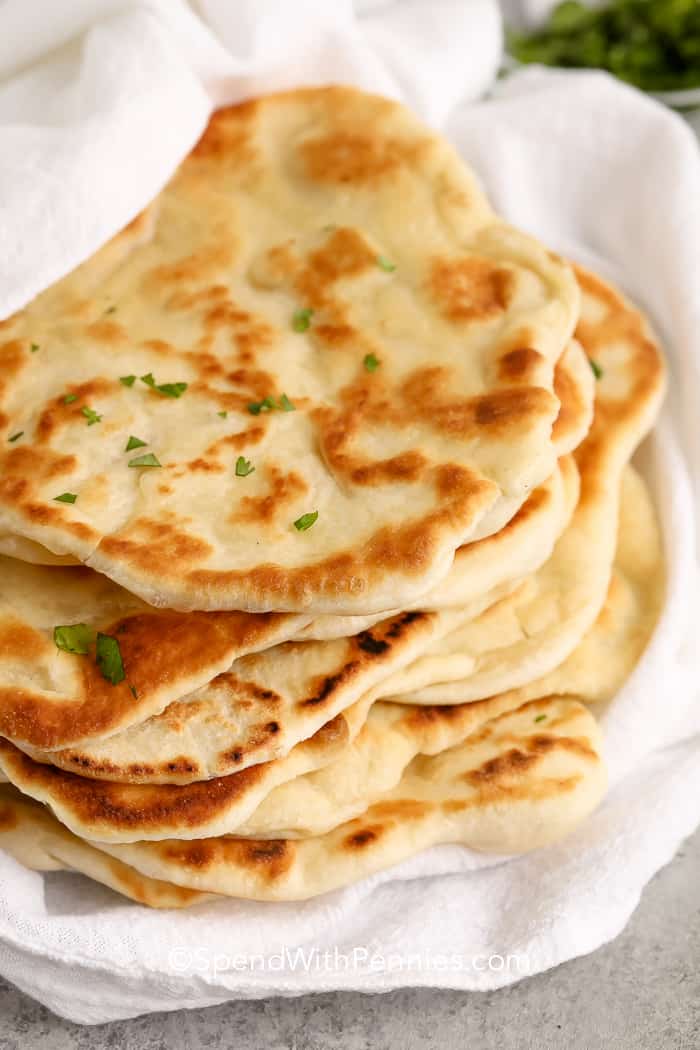 This recipe makes 8 servings or 16 mini servings for naan bread that can be used as a side with butter chicken or other favorite saucy entrees for dipping.

Because it is so easy to make, it’s great for sandwiches, wraps, or dippers for soups and stews all week long! Naan is served perfectly on its own as an appetizer with hummus or tzatziki!

What is Naan Bread?

Naan is an Indian bread characterized by its crispy exterior but chewy interior. It is great for holding (or soaking up) ingredients

Don’t confuse naan with pita bread, although similar, naan is richer because it contains egg and buttermilk. 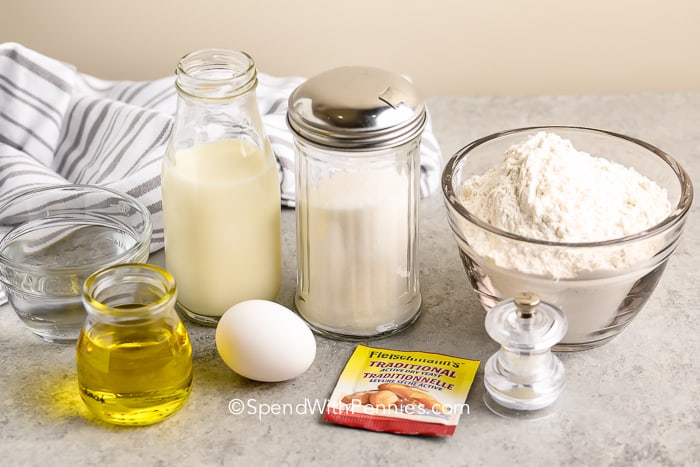 Naan is a fairly basic bread and like most breads, there is room for experimenting!

DRY
Yeast, sugar, flour & salt are the dry ingredients for this recipe.

WET
Water, egg, vegetable oil & buttermilk are mixed with the dry ingredients to make the dough.

VARIATIONS
Add garlic or onion powder and cilantro to the dough or try chopped herbs like oregano and basil to make your own signature naan. Create a variation to go with whatever you’re serving it with! Coconut or garlic garlic butter are common additions to a naan bread recipe. 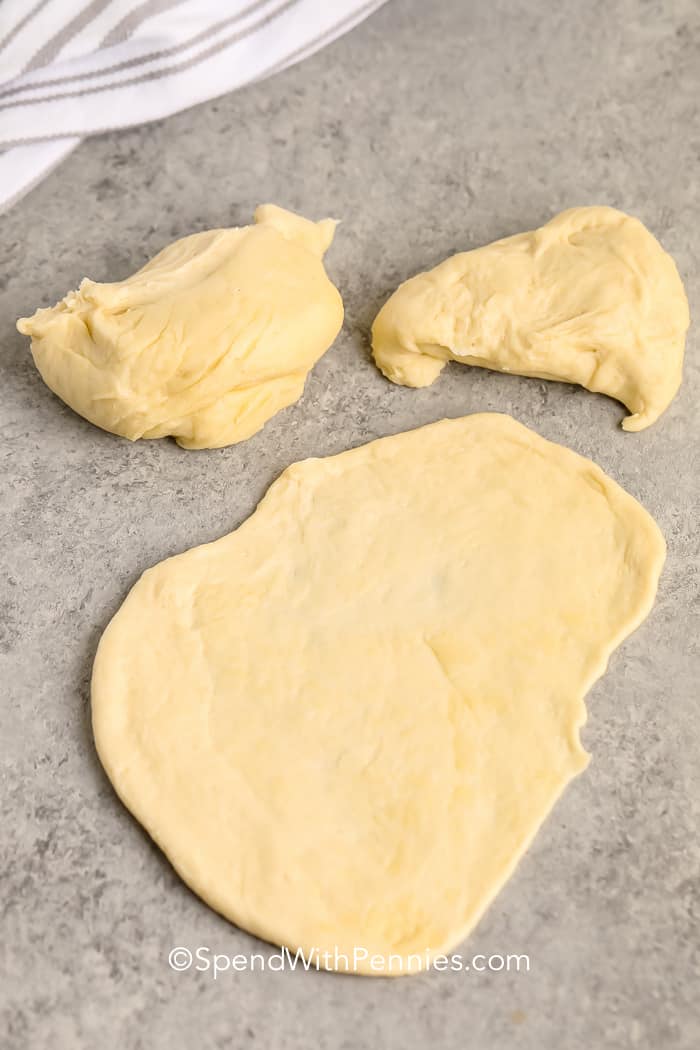 How to Make Naan Bread

Use naan bread as a wrap for gyros or shawarma or as a dipper bread for a homemade dip. It is so versatile! 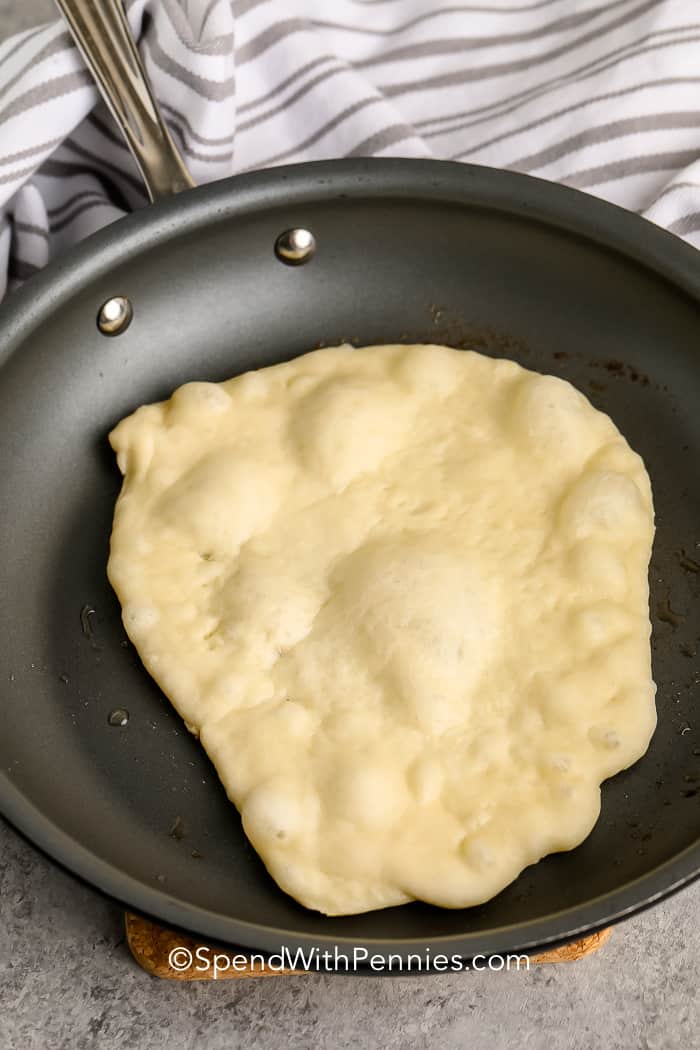 Keep cooled pieces of naan in an airtight zippered bag at room temperature. Naan bread should keep for up to a week.

Did your family love this homemade Naan Bread? Be sure to leave a rating and a comment below! 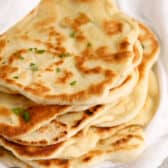 Author Holly Nilsson
This homemade Naan Bread is crispy on the outside & chewy on the inside!
Print RecipePin Recipe

*To make by hand, mix ingredients as directed and knead by hand for about 15 minutes. Store cooled Naan bread in an airtight container at room temperature.  Naan will last up to 7 days.

Course Appetizer, Bread, Side Dish
Cuisine American, Indian
© SpendWithPennies.com. Content and photographs are copyright protected. Sharing of this recipe is both encouraged and appreciated. Copying and/or pasting full recipes to any social media is strictly prohibited. Please view my photo use policy here. 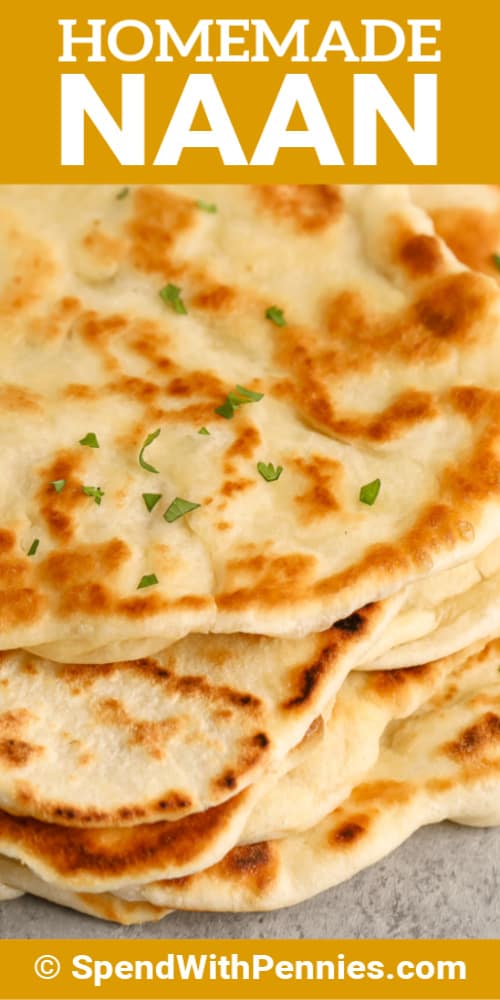 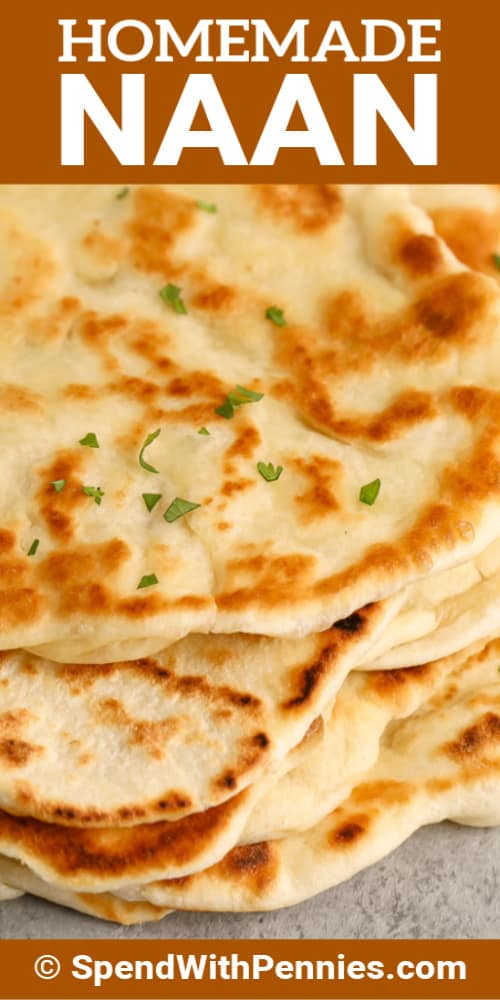 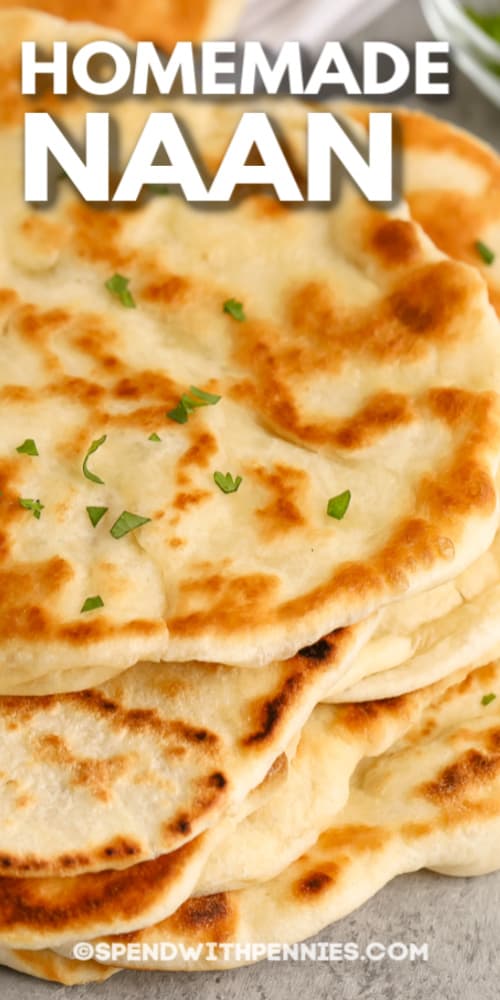 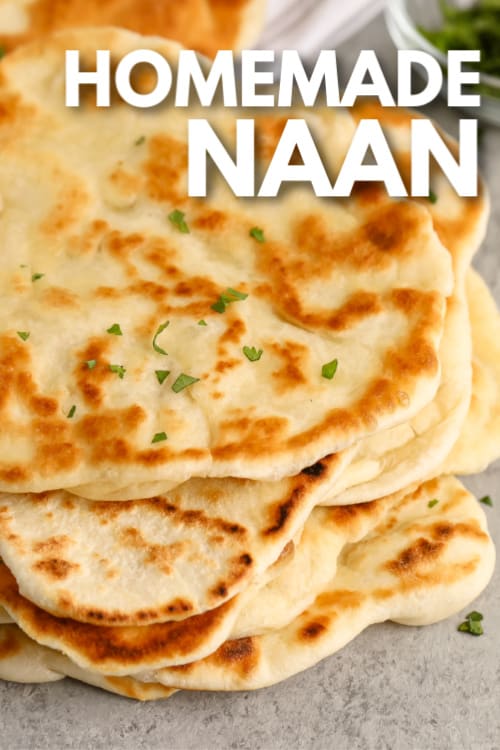