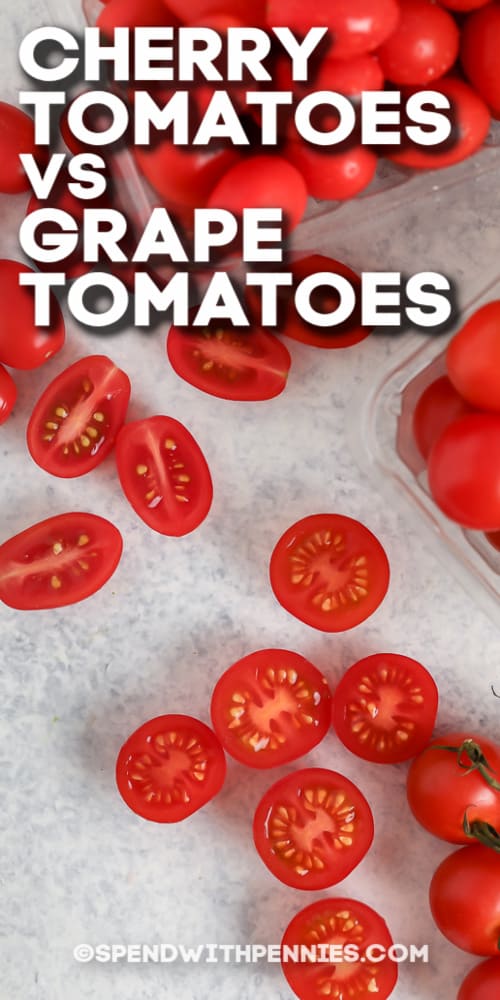 Cherry Tomatoes vs. Grape Tomatoes. What’s the difference between the two?

Tomatoes are a veggie staple in recipes all over the world and come in dozens of different shapes, sizes, and colors. Part of the Nightshade family of vegetables, tomatoes pack powerful health benefits as well as offer a sweet burst of flavor with every bite. 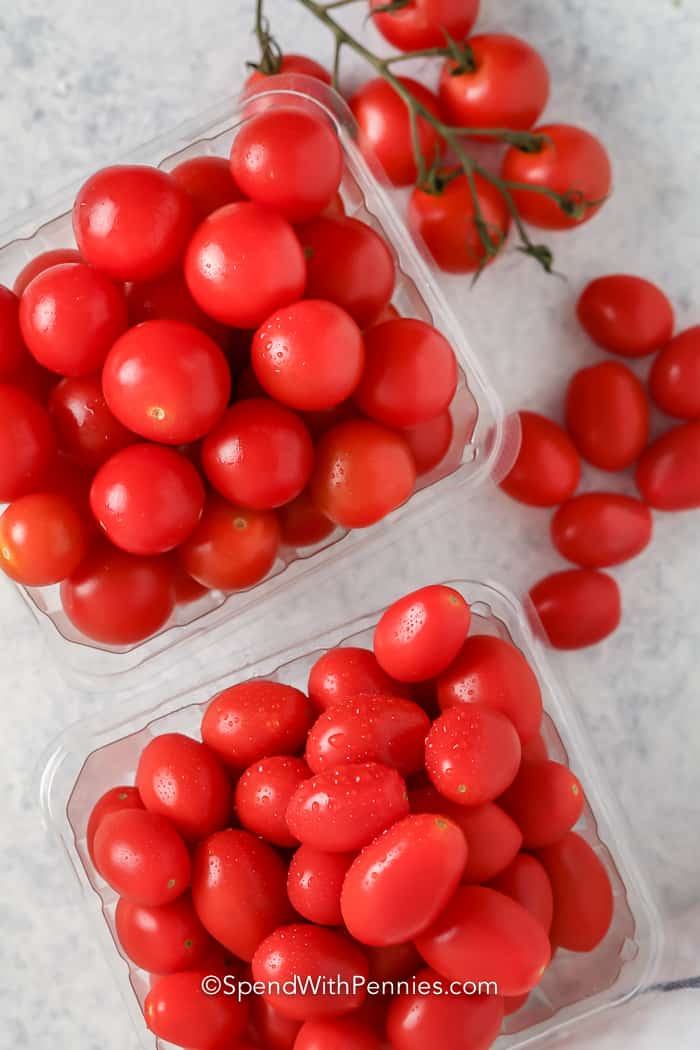 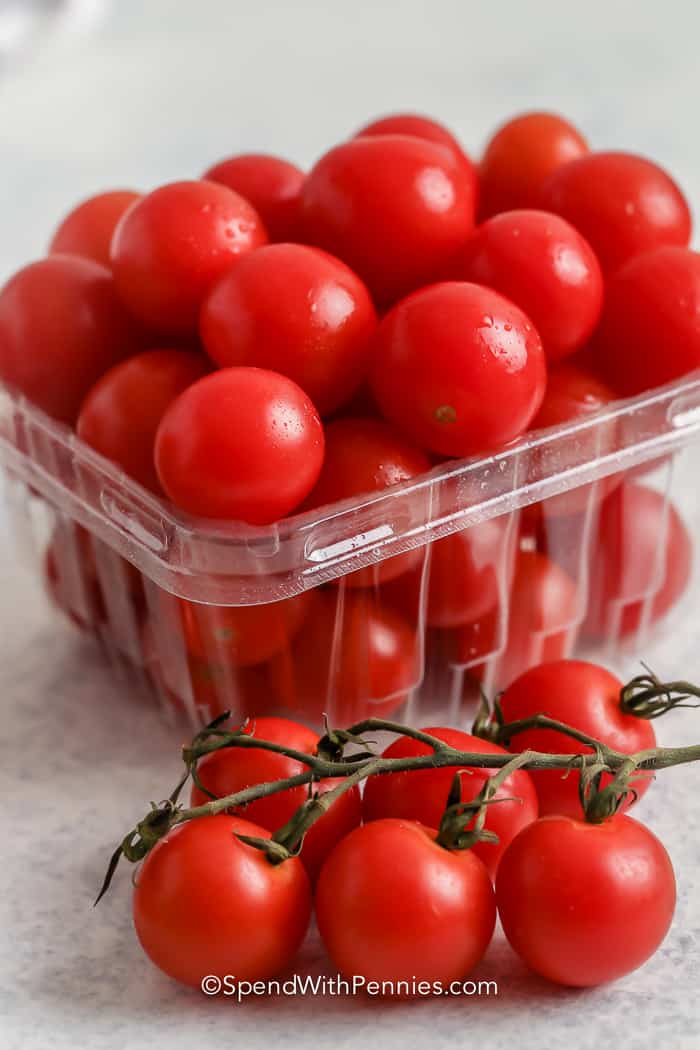 Cherry tomatoes are globe-shaped (round) and can vary in color from orange to bright red. They have thinner skins and are juicy and can ‘pop’ when they’re bitten down on. Their flavor is more concentrated than the larger varieties due to their small size. They make excellent vehicles for appetizers, simply pipe in seasoned cream cheese, or an olive tapenade, sprinkle with parmesan cheese, and place under the broiler until the cheese is melted. 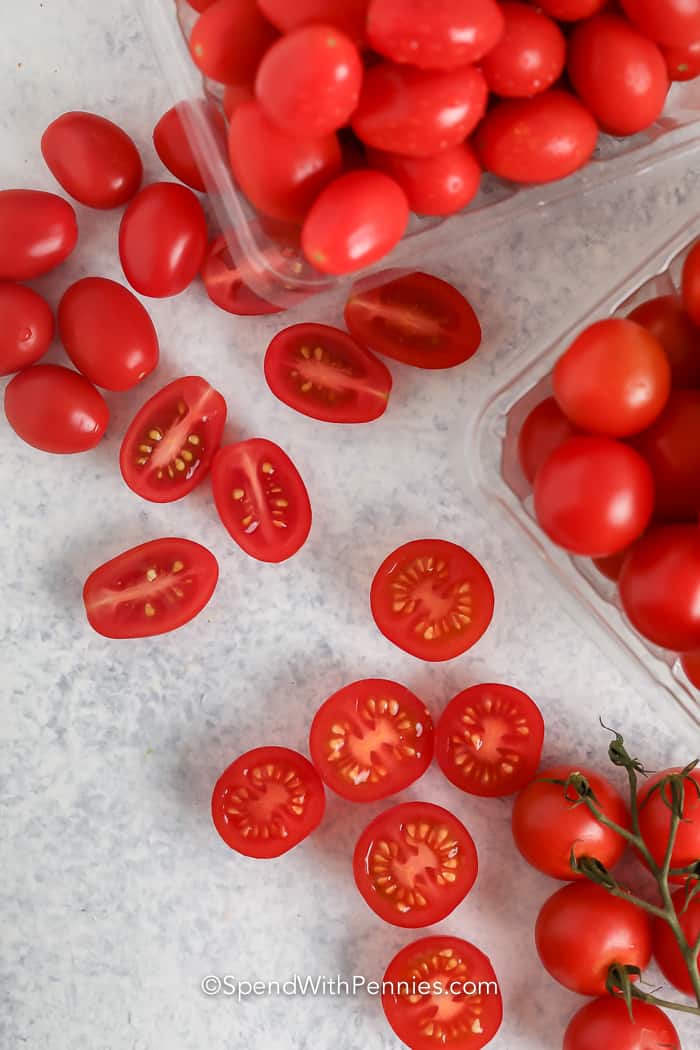 For cold dishes like salads, grape tomatoes will look more exotic in a recipe, and because they are meatier will not lose their shape as quickly as cherry tomatoes. Cherry tomatoes have a uniformly bright color that pops in pasta recipes, soups, and stir-fries. They also lend themselves well to being roasted like in this Whipped Feta with Roasted Tomatoes. For the most part, they can be used interchangeably but cherry tomatoes might have to be cut into smaller pieces since they’re larger and they may add a little bit of extra liquid to a recipe. 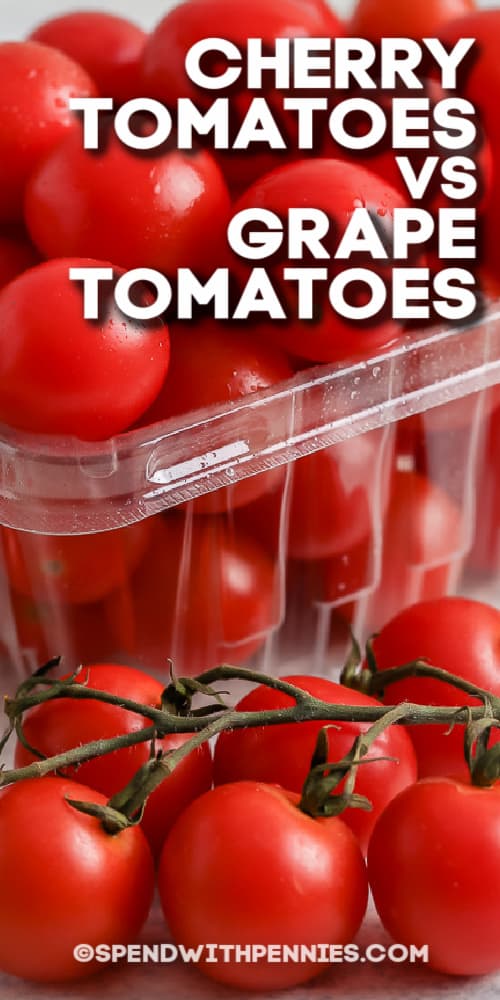 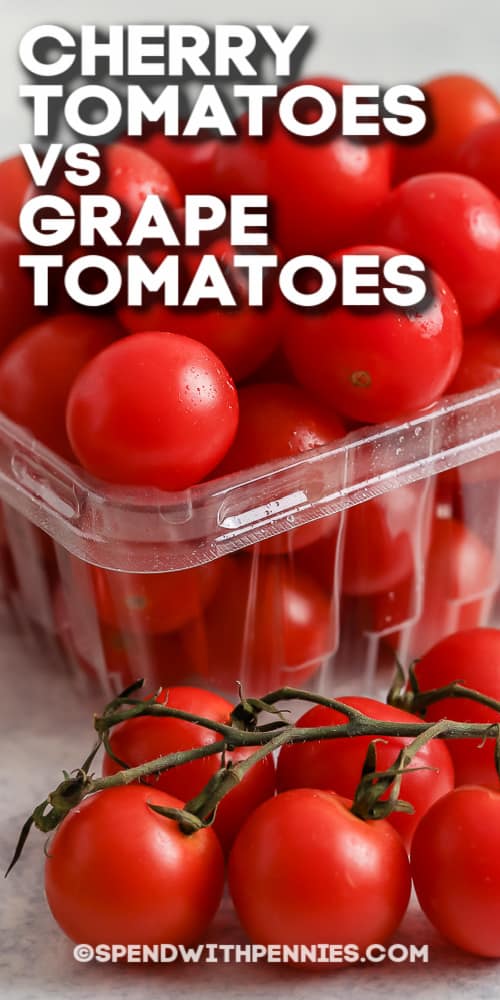 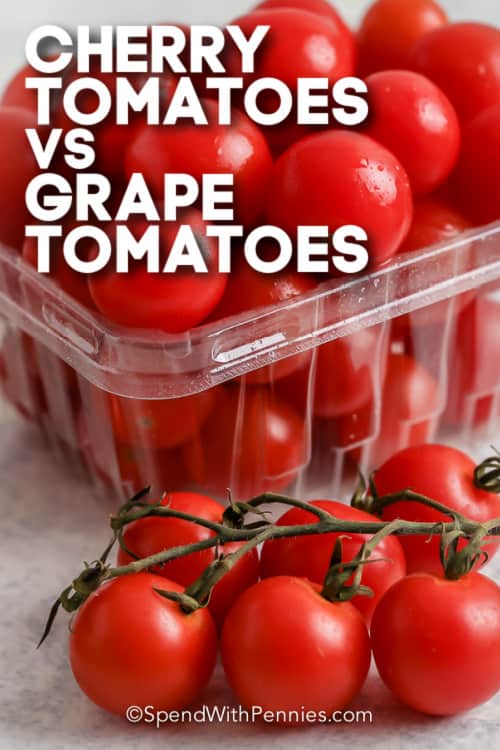