Home > Tips and Great Ideas! > Kitchen Tips > What Is Barley 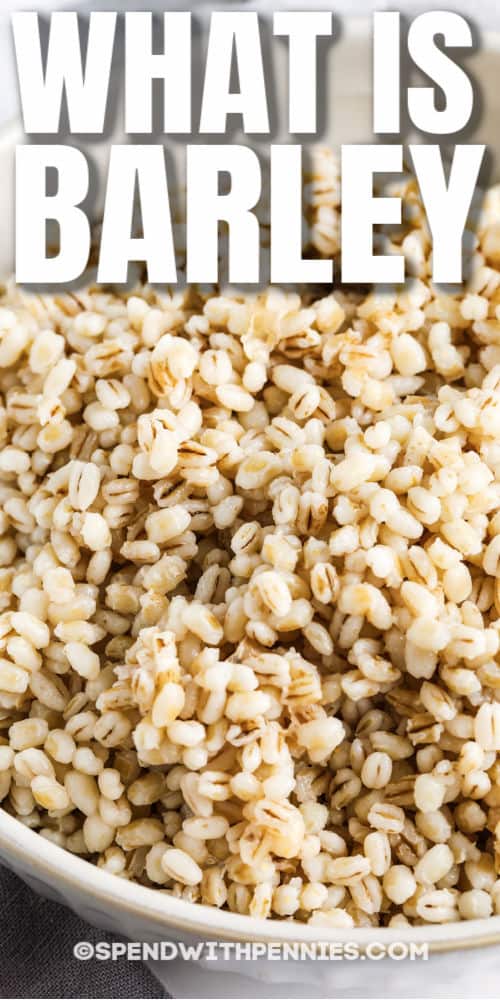 Barley is a grain that is very similar in size and texture of brown rice.  There are several different types of barley but the most common is pearl barley. 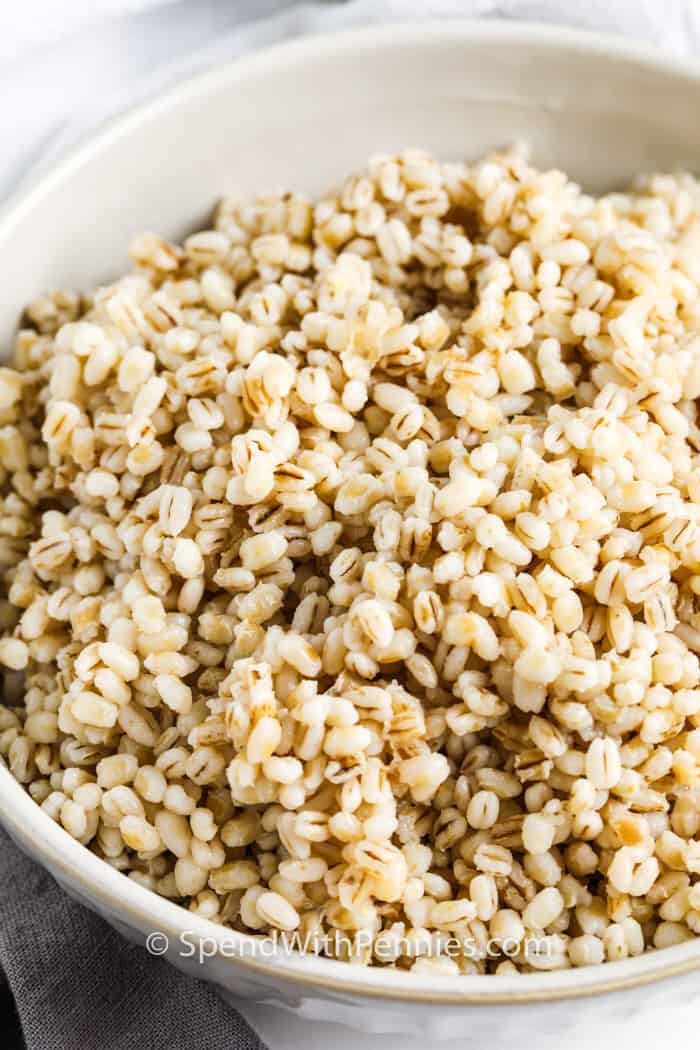 Pearl barley undergoes more rigorous processing than other types, removing the outer husk as well as the bran. This additional processing means that pearl barley takes less time to cook!

Where to Buy It

Like most foods you can of course get barley online.

At the grocery store, look for barley in the bulk foods aisle or with the other pre-packaged grains in the pasta/beans/grains aisle. Pearled barley has been hulled and is the most common type found in supermarkets. 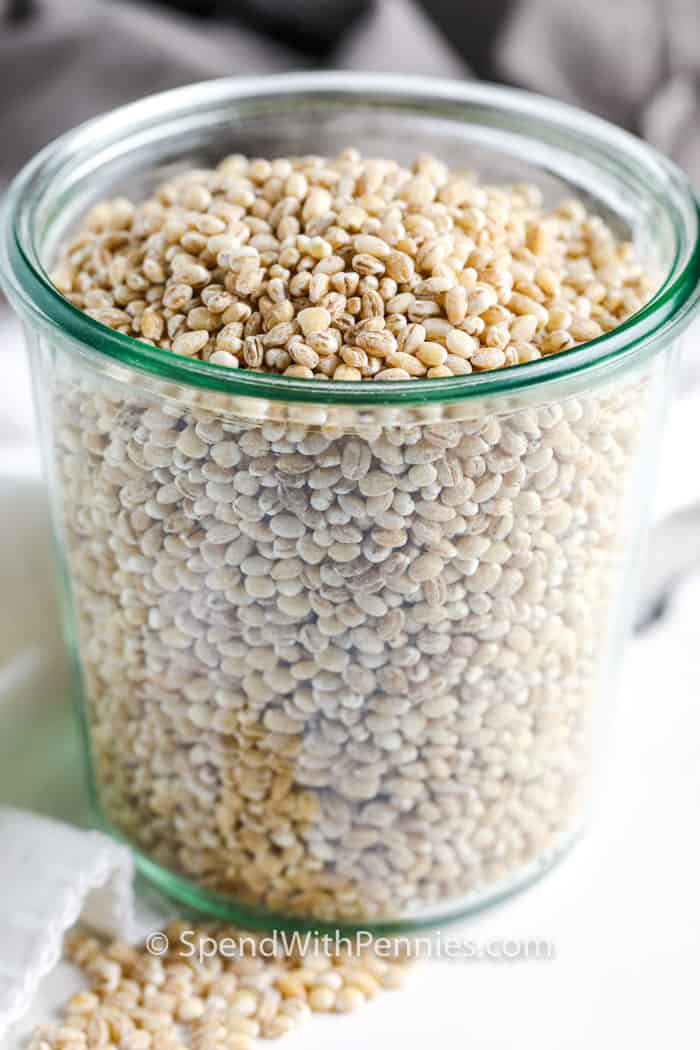 How To Cook Barley

Once barley is cooked, it has a chewy texture and a mild nutty flavor, almost like brown rice.

Be sure to rinse it well because the cooking process releases starches that can get gummy when added to a recipe.  Barley is interchangeable with rice, couscous, or quinoa (although cook time may vary).

According to the Idaho Barley Commission, cook times can vary based on the type of barley (even the type of pearl barley) so check your package ingredients or check your barley a bit early so it doesn’t overcook.

Barley can be soaked overnight to remove the hulls and residual starches and this will also decrease cooking time to a mere 15 or 20 minutes.

What To Make with Barley

Barley can be added to a soup, stew, or casserole and can also stand alone as a cold salad. Because of its versatile flavor and appearance, barley is a great way to stretch the family food budget!

Barley can be prepared for hot or cold dishes and is an economical pantry staple for those on a budget. Did you know that most of the barley grown in the US is for cattle feed? It may not make it into your soup, but it might make it into your beer once it’s refined into barley malt. Toss a handful of cooked barley into a barley soup, barley stew,  or over a salad for a nutritious fiber punch! 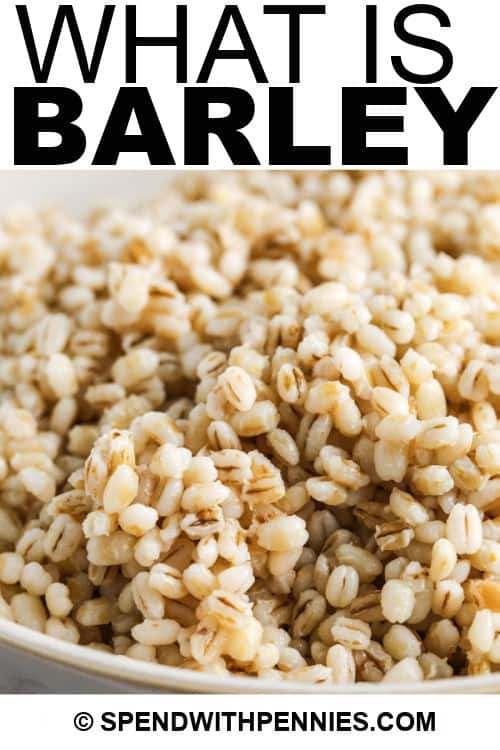 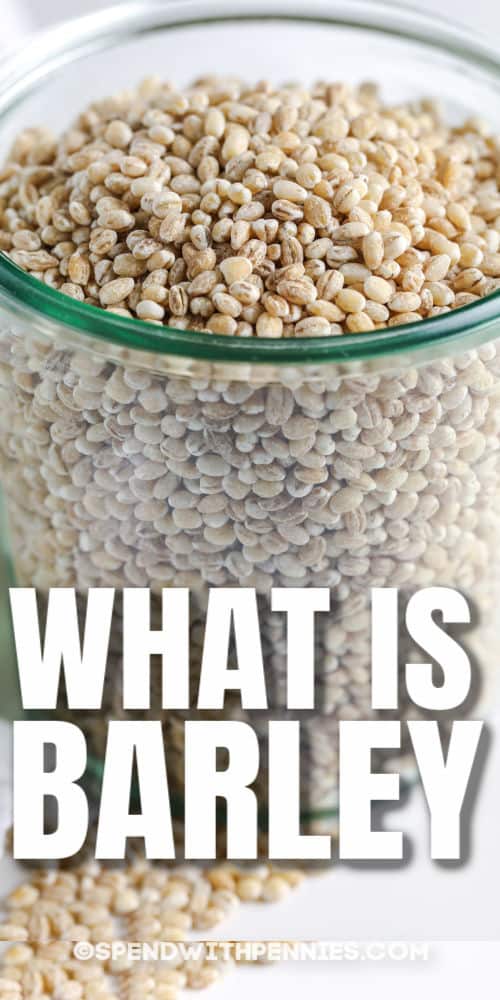 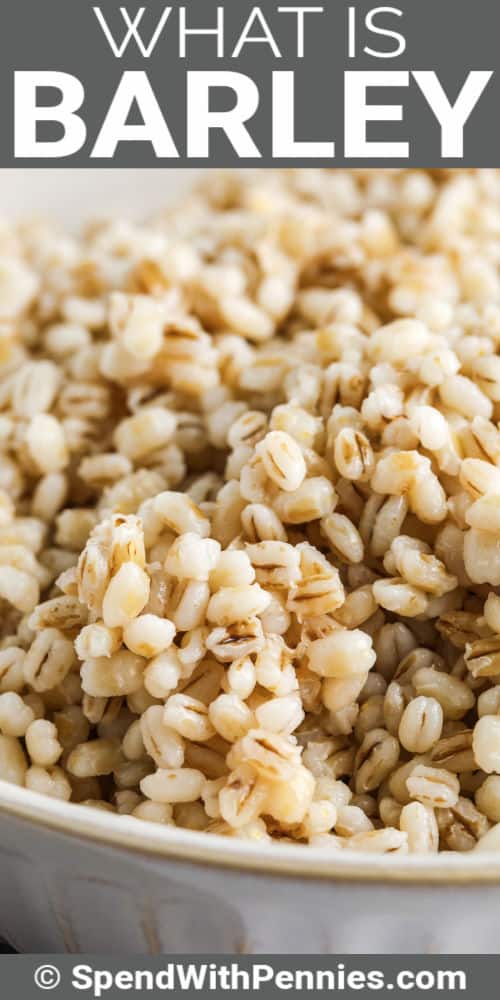