How To Make A Slurry: Need to thicken a soup, stew or gravy recipe? A slurry is the answer!

Did you ever wonder what a slurry was? Sounds fancy, but knowing how to perfect a slurry is one of the simplest home chef techniques you’ll ever learn! 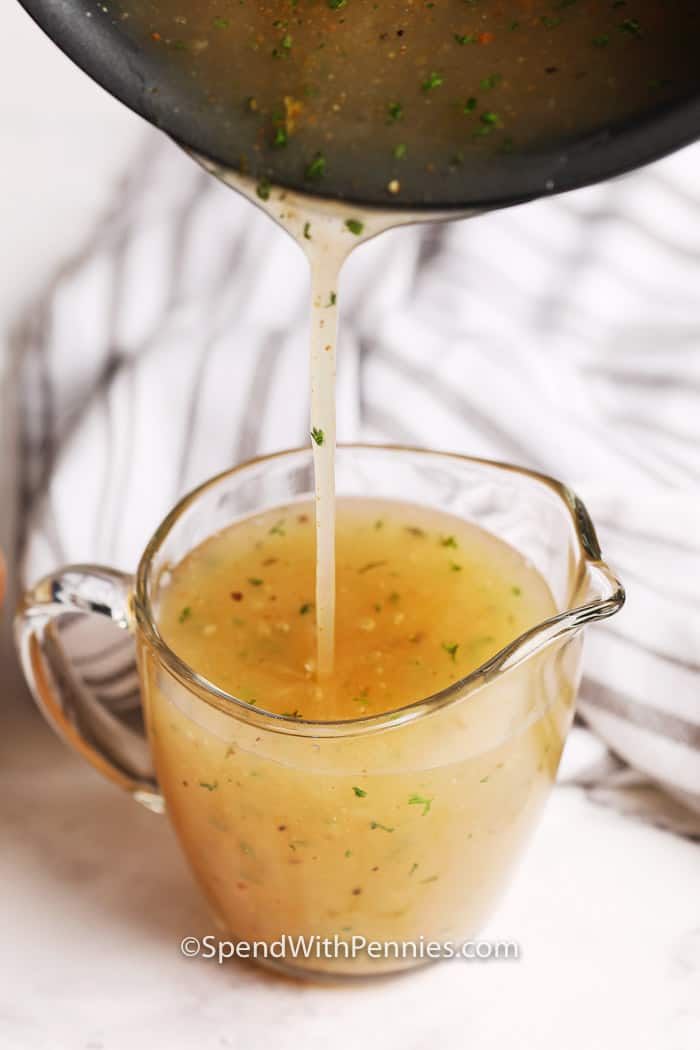 What is a Slurry?

Because a slurry is a concentrated starchy liquid it will thicken sauces and gravy. It can be mixed into apple juice to make a quick apple pie filling, or added to pan drippings or broth from cooked meat for a flavorful sauce or gravy.

I often make a roux instead of a slurry when making gravy.

A roux contains equal amounts of flour and fat (instead of being made with flour and liquid). A roux is generally browned or cooked and then the liquid is added to the roux to thicken it (as opposed to the other way around with a slurry). 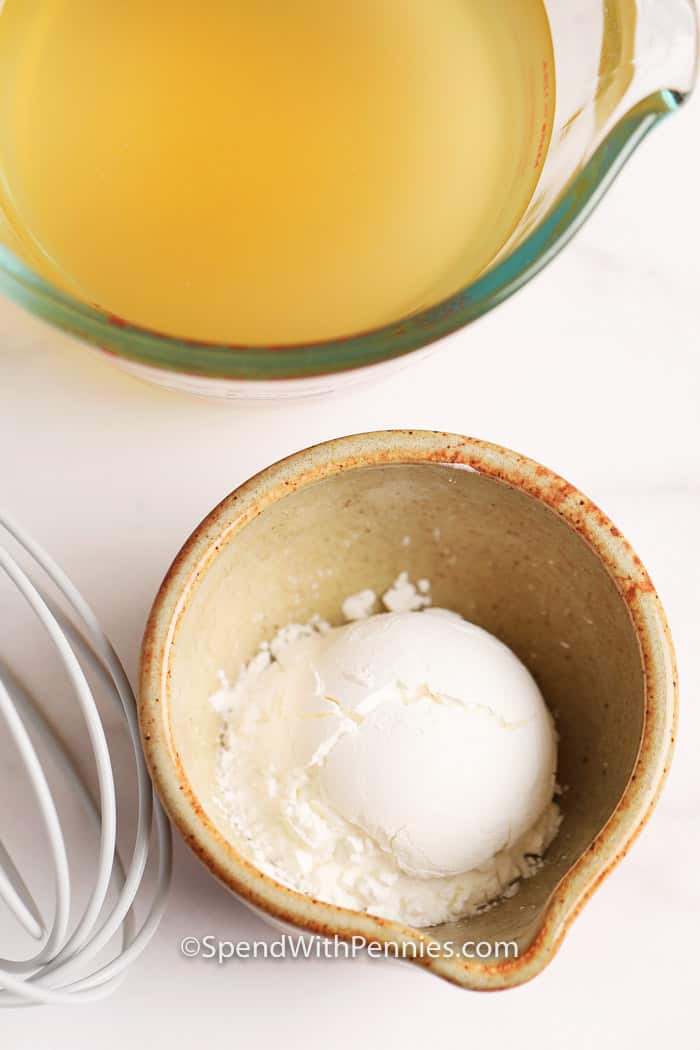 How To Make A Slurry

You can use either cornstarch or flour in a slurry and it what it really boils down to is a personal preference (and the recipe you’re making).

Cornstarch will produce a more clear/translucent liquid while flour will produce an opaque result. I personally find it easier to get a smooth result with cornstarch.

With either one you will need to create a slurry, this just means mixing the thickener with water/broth before adding to the liquid. 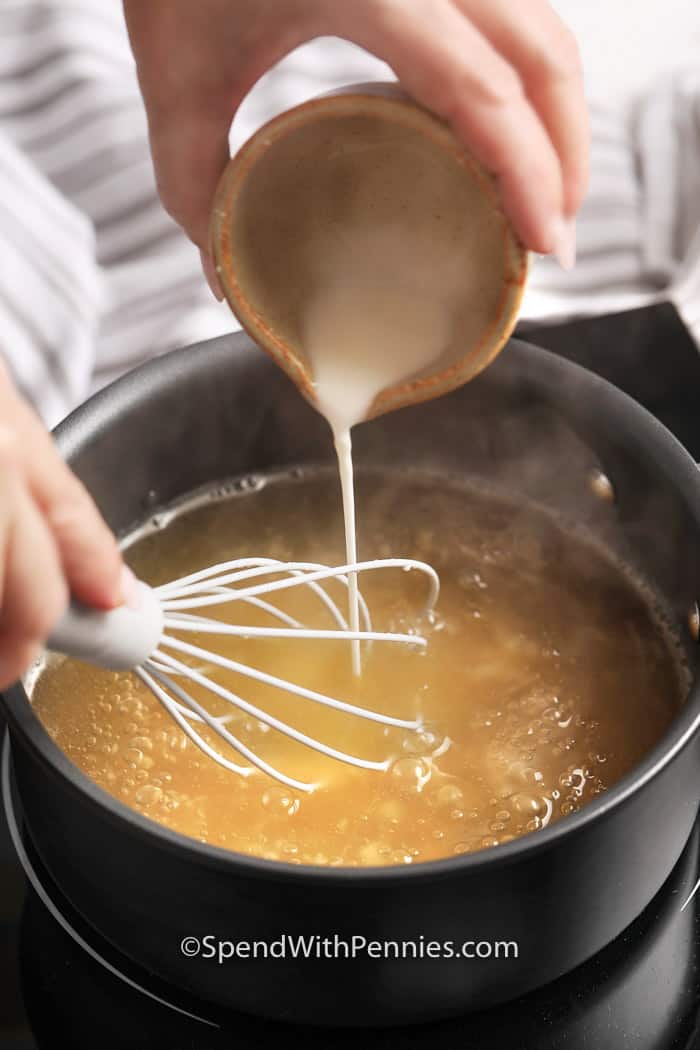 This is my personal preference as it’s less likely to get lumpy (and I use this in countless recipes from beef stew to teriyaki sauce. 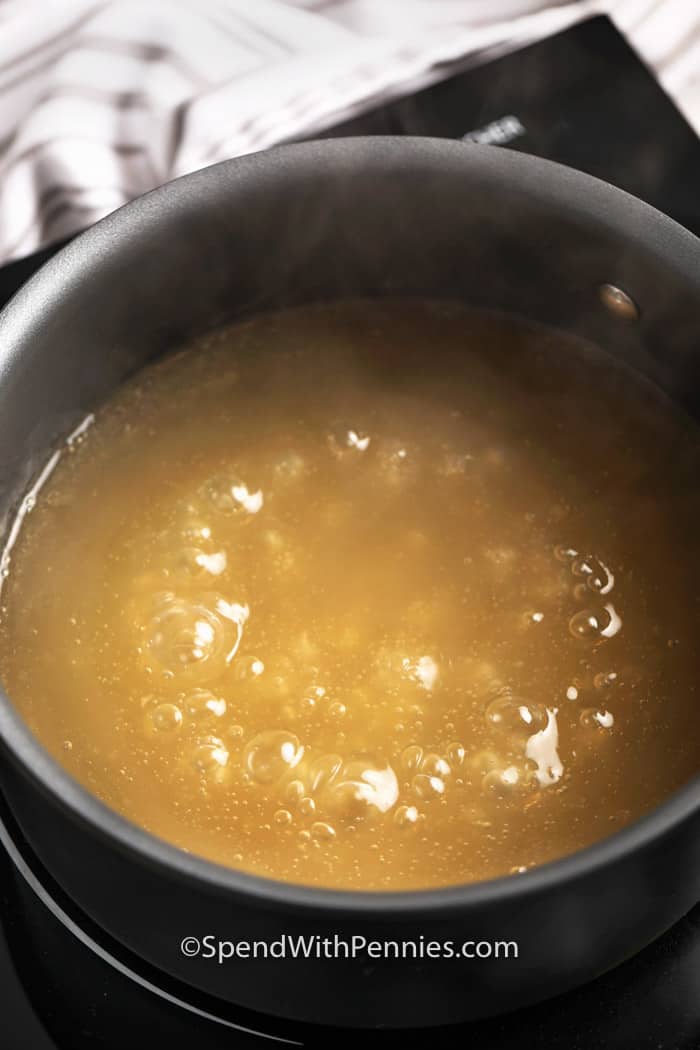 If using flour/water as your slurry, place it in a jar and shake well.  This will help make sure you don’t get lumps in your gravy, stew or soup!

How Do I Remove Lumps from a Slurry?

To avoid a lumpy result, make sure your slurry is very smooth before adding to your liquid and whisk constantly while adding.

If you’ve accidentally added some lumps, the best way to remove lumps is to strain the slurry through a fine mesh sieve. Another easy method is to scoop out as much liquid from the pan and blend in a small blender or food processor until smooth. 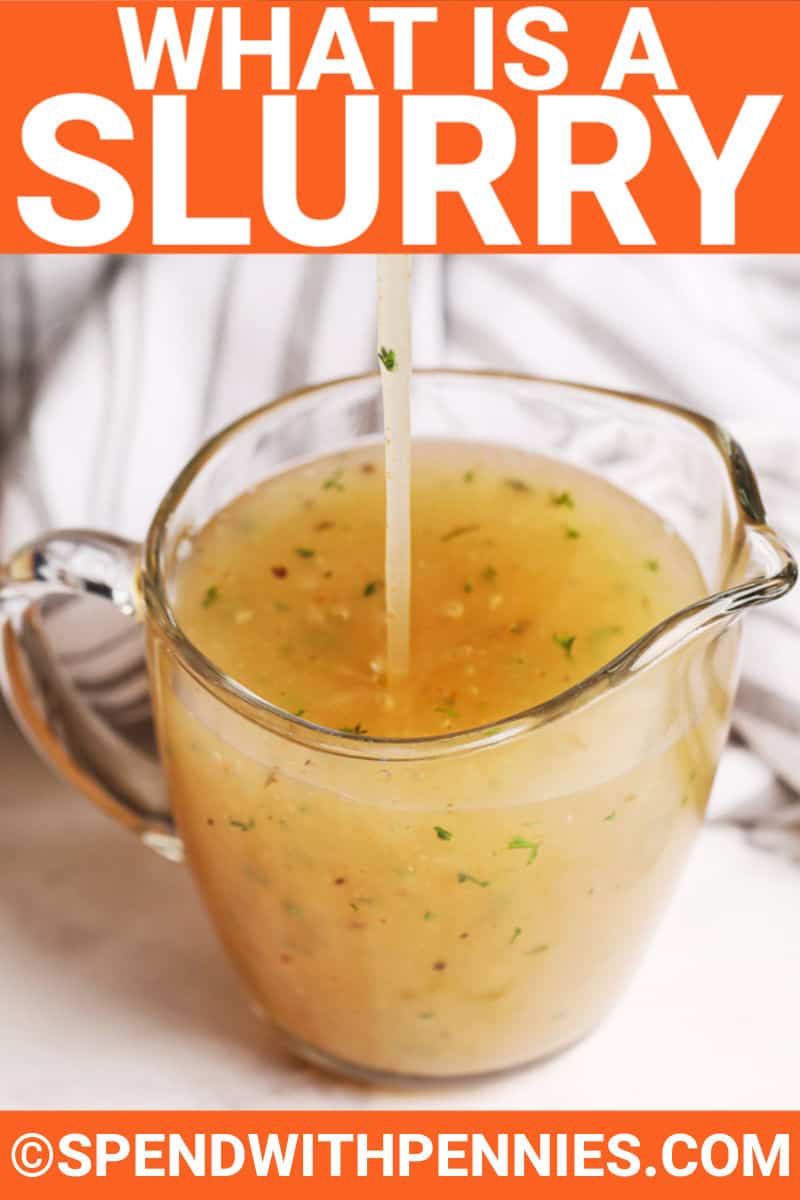