What could be more comforting than a bowl of homemade Ham and Potato Soup? Tender potatoes and chunks of ham in a rich creamy broth.

I think the best recipes are usually the easy ones with simple ingredients and lots of flavor! 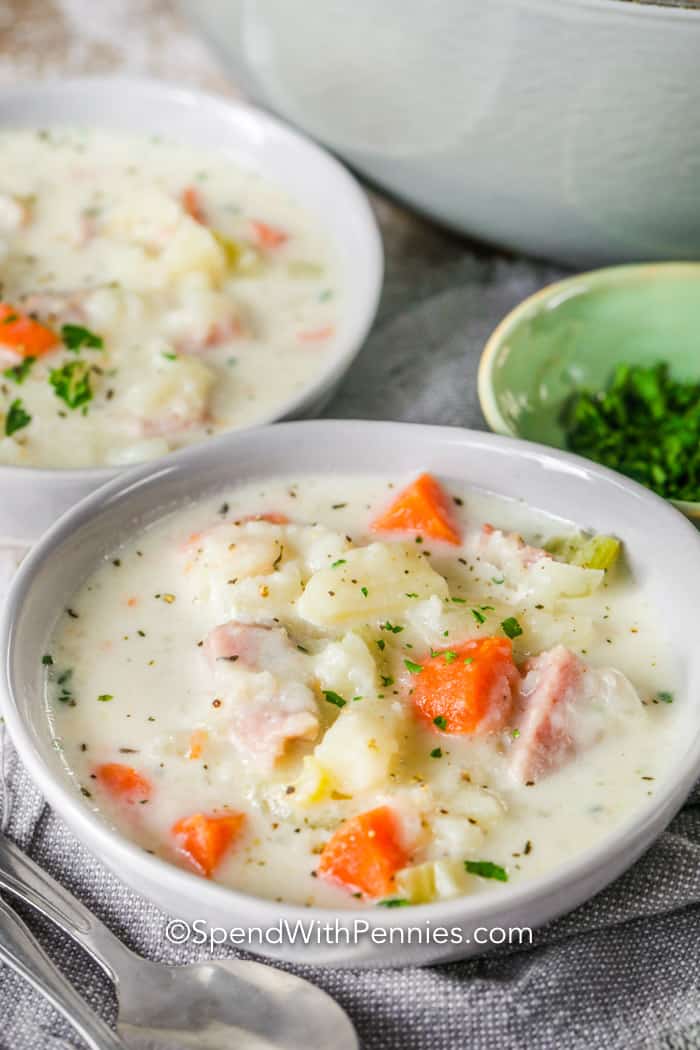 Every time I make a baked ham, I look forward to leftover ham recipes! I use every bit of it including the bone for a ham bone soup and everything from ham casserole to… you guessed it, this ham and potato soup!

This recipe is simple but sometimes it’s great to be able to use what you have on hand. 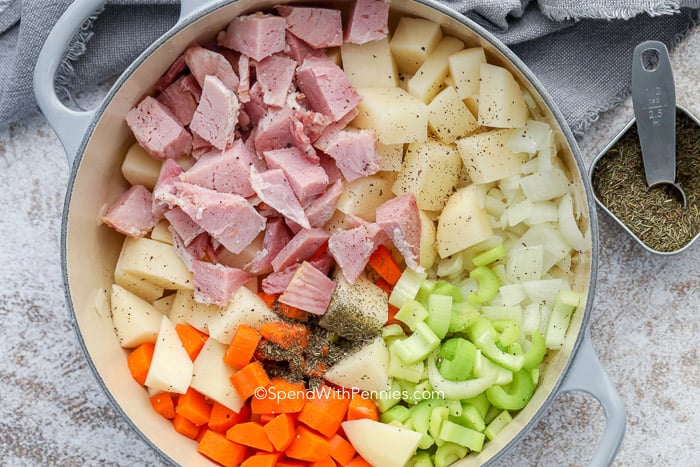 How To Make Ham and Potato Soup

I often make a crock pot potato soup which simmers all day however this version is quick to prepare for a weeknight meal. 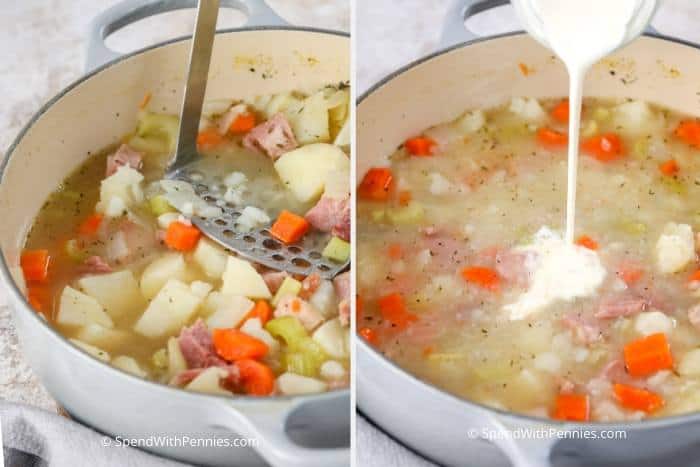 For a thicker soup, combine equal parts cornstarch and water. Pour a little at a time into simmering soup to reach desired thickness.

Can You Freeze Ham and Potato Soup?

Ham and Potato Soup should keep in the fridge for 3 to 5 days. The completed soup with the dairy shouldn’t be frozen as dairy doesn’t freeze well.

There are so many options when it comes to dressing this soup up and making it really special.

Any way you choose to serve it, this soup-er recipe is sure to please! ;) Bon Appetit! 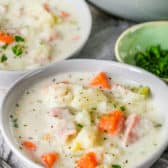 Evaporated milk can be substituted for the cream.
Cheese can be added along with the sour cream. Remove from the heat and stir in until melted. For a thicker soup, combine equal parts cornstarch and water. Pour a little at a time into simmering soup while whisking to reach desired thickness. For a thinner soup, add additional chicken broth.

Course Main Course, Soup
Cuisine American
© SpendWithPennies.com. Content and photographs are copyright protected. Sharing of this recipe is both encouraged and appreciated. Copying and/or pasting full recipes to any social media is strictly prohibited. Please view my photo use policy here. 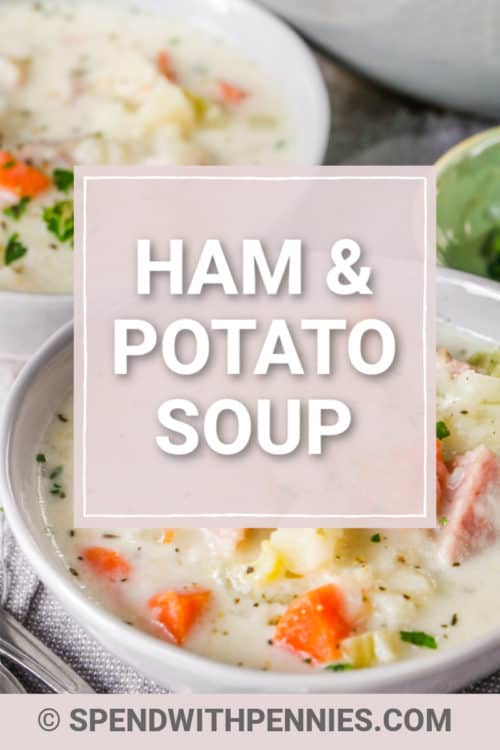