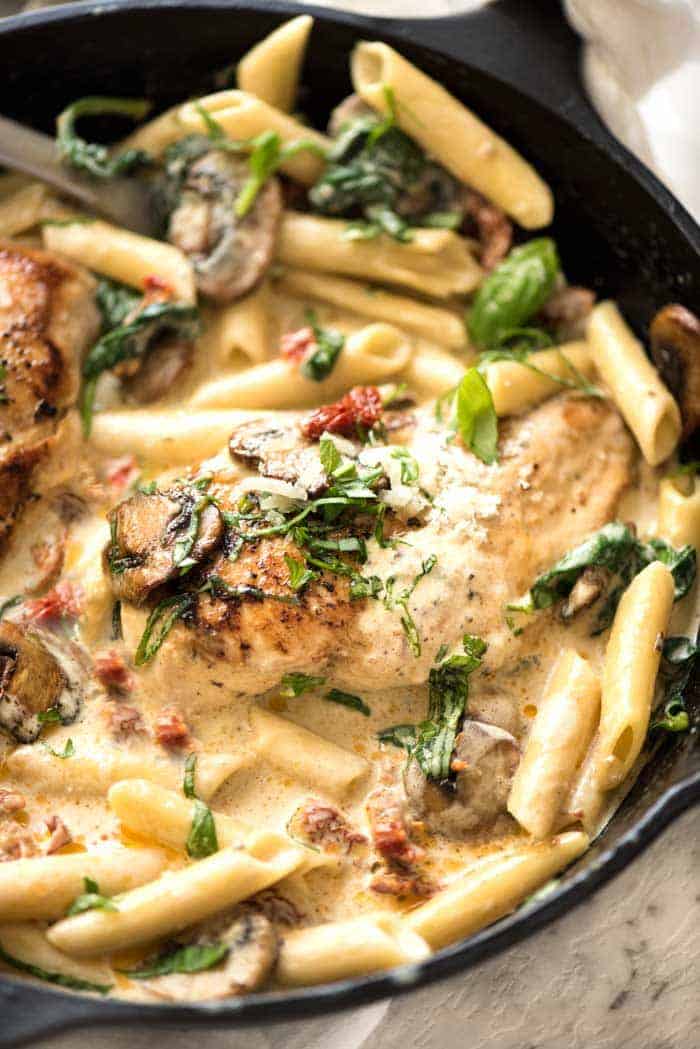 This Sun Dried Tomato Pasta with Chicken is a meal that comes together in just over 20 minutes that is a total crowd pleaser!

When you scan the ingredients in this recipe, or, quite simply, see the photos, you know it’s going to be a winner. Pasta + chicken in a creamy parmesan garlic sauce with sun dried tomato = a sure fire hit with everyone!

It’s pretty hard to go wrong when it comes to pastas in creamy sauces (like Caesar Chicken Pasta). For me, the trick is finding the right balance so it’s creamy but not so rich that it’s too heavy to have as a midweek meal. It would be easy to make a creamy pasta using loads and loads of cream. But what I like to do is use a mix of cream with chicken broth and parmesan. The chicken broth adds flavour to the sauce and the parmesan both thickens it as well as adding savouriness to the sauce. 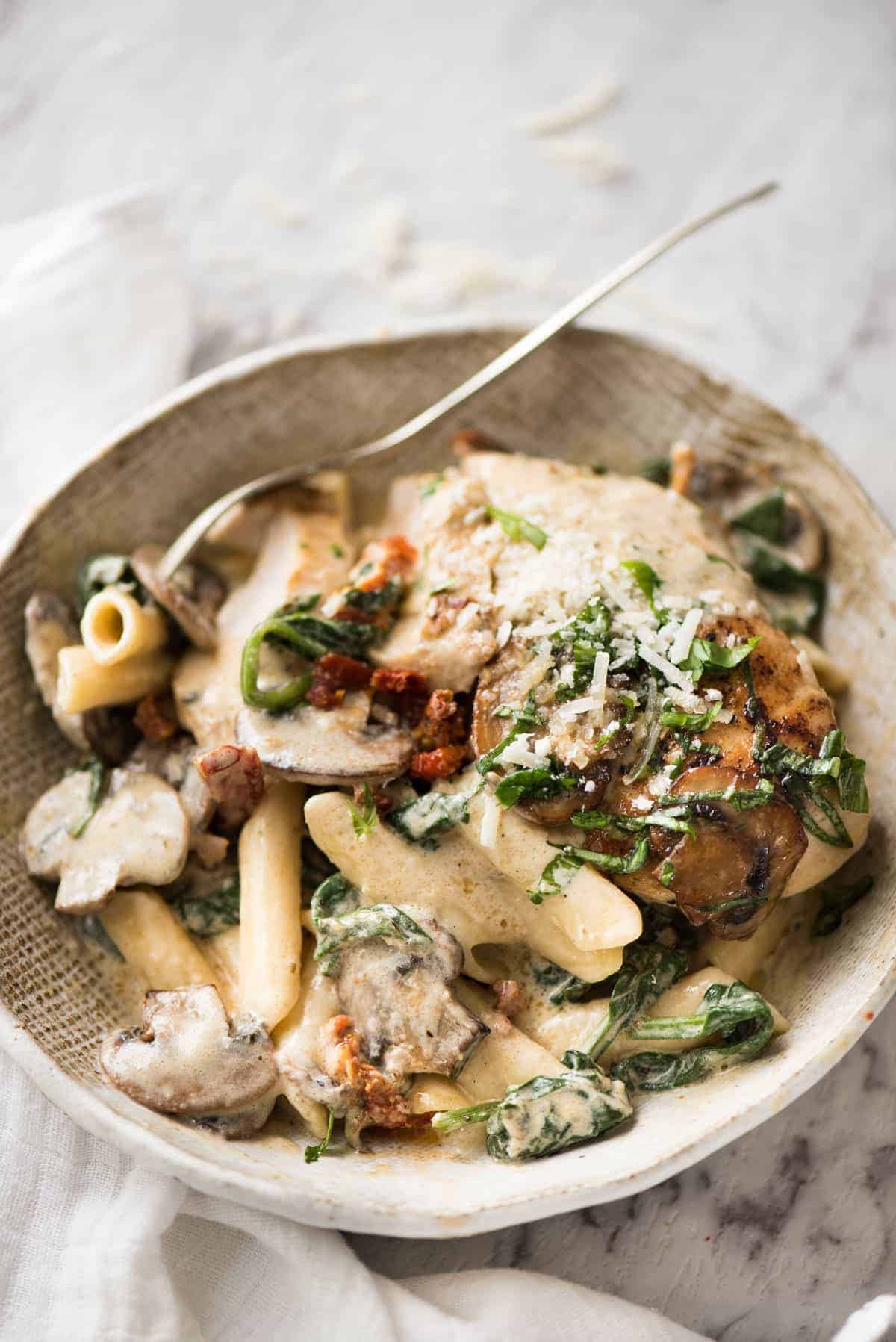 Having said that though, this recipe has more sauce than most cream chicken recipes around because it’s a two-in-one recipe. That is, there’s enough sauce to serve with the chicken as well as tossing through pasta.

Oh! I almost forgot to mention! Another little trick to thicken sauces without adding yet more cream is to toss the pasta in the sauce with a splash of the pasta cooking water. The starch in the water mixes with the oil in the sauce and thickens it. This is called emulsification and it’s a step in all real Italian pasta recipes. Gone are the days of dumping plain pasta in a bowl and spooning over the sauce which results in watery sauce at the bottom of the bowl. Nope, you want that sauce to stick to the pasta, and the way to do that is by tossing the pasta in the sauce on the stove. That way every piece of pasta has sauce clinging to it, rather than sliding off into the bottom of the bowl. :-) 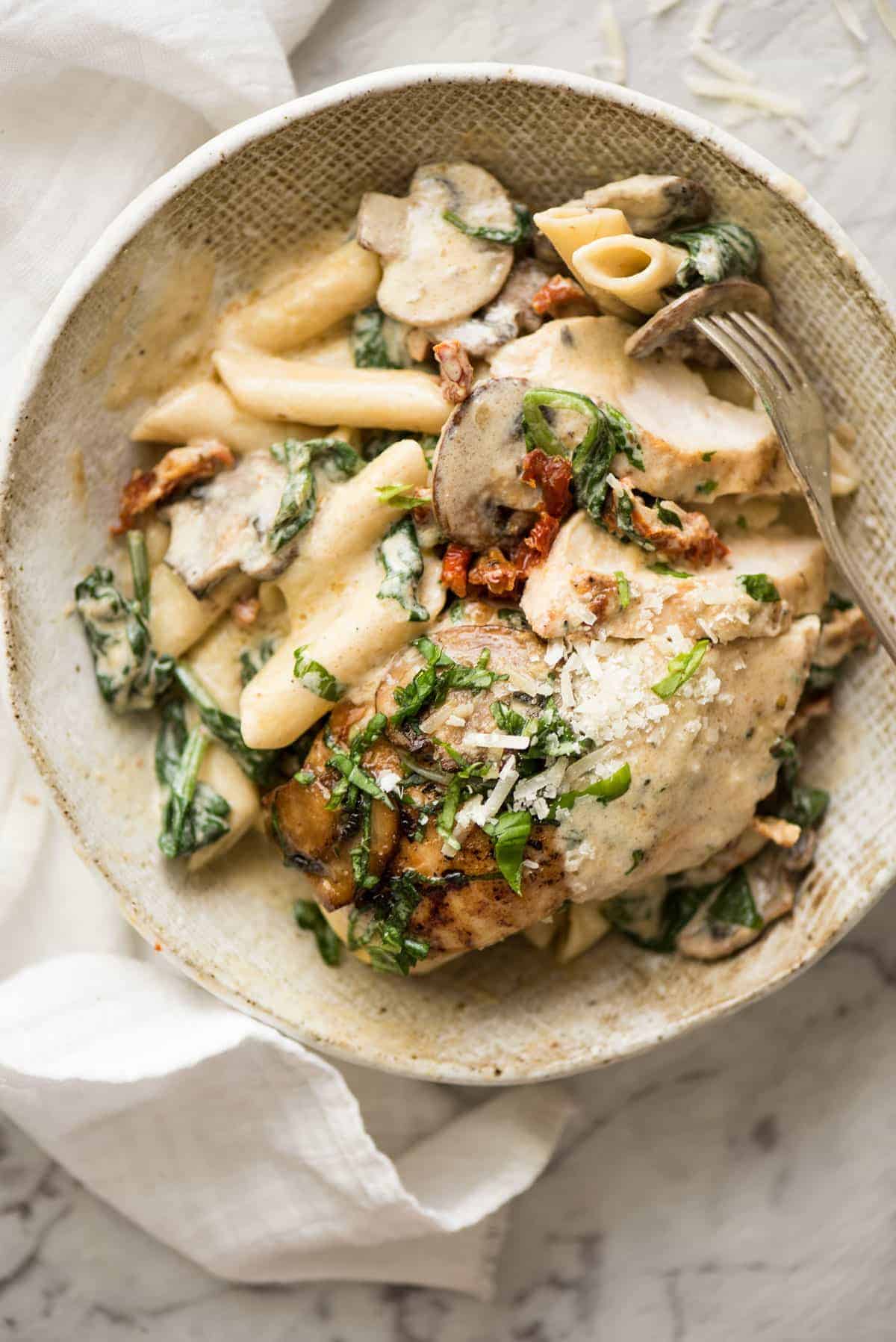 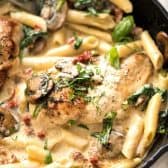 Cuisine American
Chicken and pasta in a creamy sun dried tomato sauce that comes together in just over 20 minutes!
PrintPin

Note 1: Sun-dried tomatoes in oil are better, but vacuum-packed sun-dried tomatoes will work fine as well.  The sauce for the pasta for this recipe is more generous than most, creating enough to provide a sauce for the chicken as well. If you would like even more sauce, add more cream and parmesan – 2 tsp of parmesan for every ¼ cup extra cream, and don’t forget to season to taste! 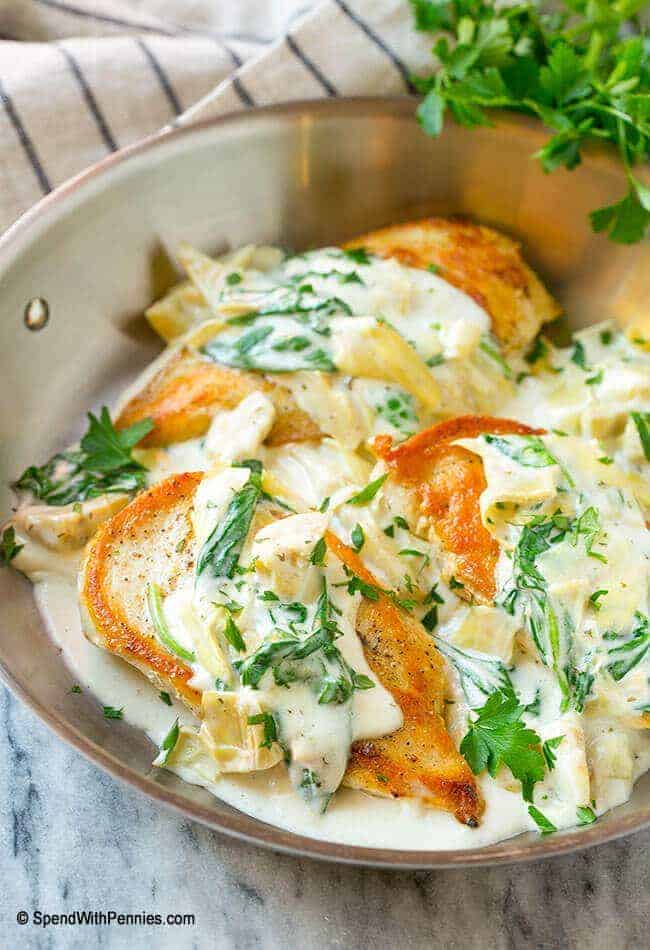 Chicken and Mushrooms with Bacon 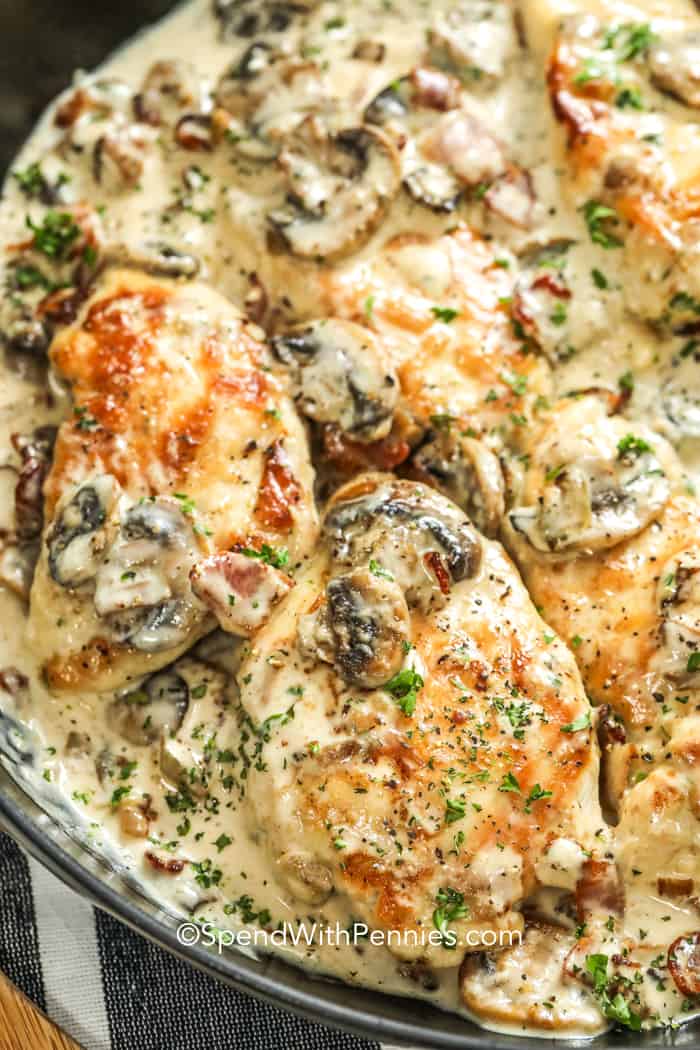 Egg Roll in a Bowl

Home cooked Meals for every occasion. From quick and easy weeknight meals, so turkey dinner!

Barbecue Ribs in the Oven