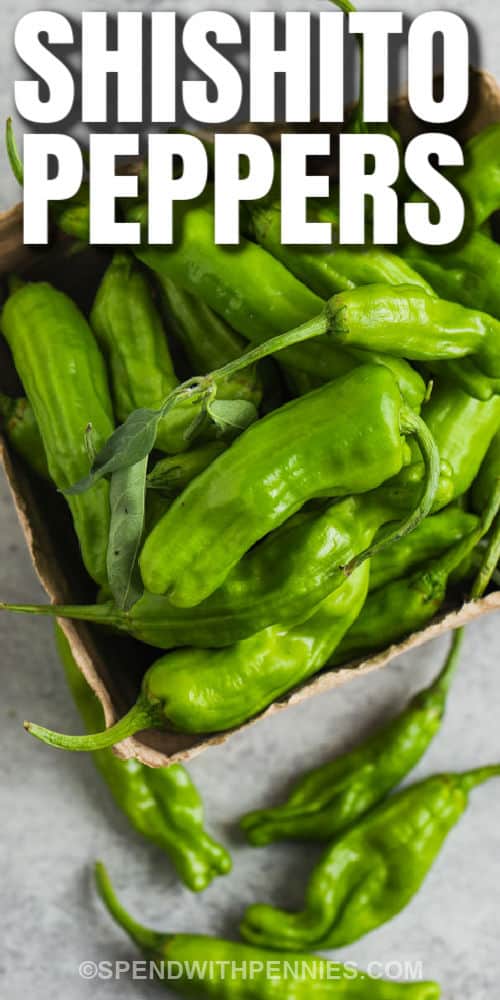 Shishito Peppers are a fun appetizer with gourmet appeal— and maybe a surprise in store!

These tasty peppers are full of flavor, and they are easy to cook up in a cast iron griddle. Try these delightful little peppers with a mostly mild flavor, but be on guard… about one in every 15 peppers packs a punch of heat! 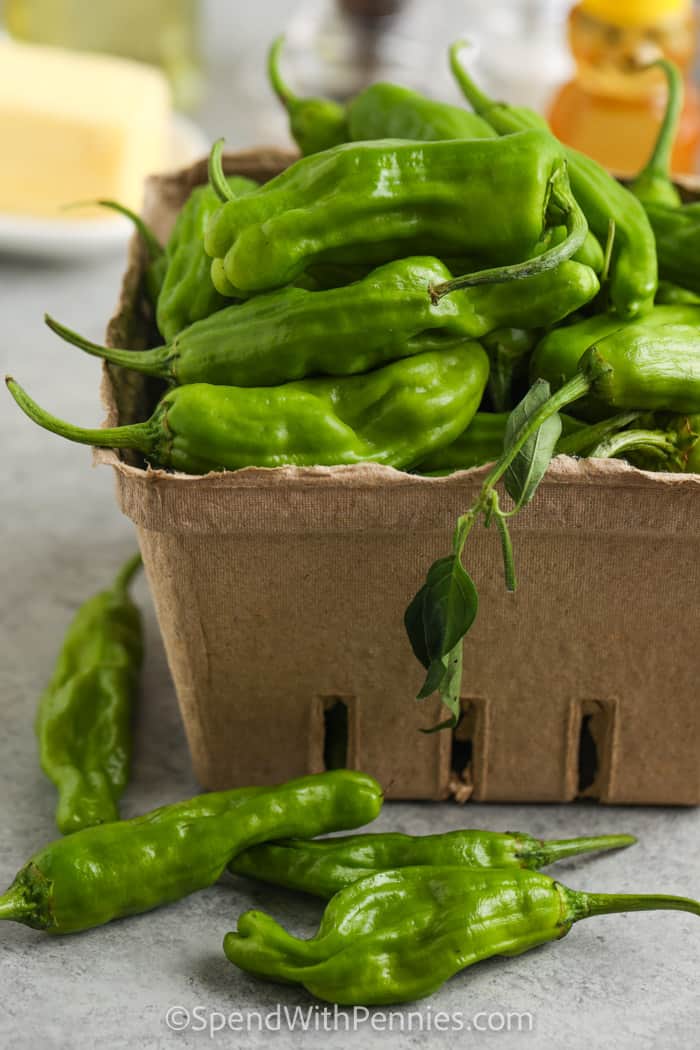 What are Shishito Peppers?

Shishito peppers originate in Japan and are traditionally used in East Asian cuisine. But now these tasty little peppers are cropping up in specialty food markets and on restaurant menus all over. Mildly spicy peppers are about two to three inches long and are generally harvested when still green.

The name shishito is shortened from the name shishi togarashi, meaning “lion chili pepper.” The name refers to the lion-headed shape of the tip.

Where to Get Shishito Peppers

Shishito peppers are best eaten fresh from a farmer’s market or fresh from the grocery store. It’s well worth it to grow them in a backyard garden, too!

Fresh shishito peppers can be purchased from the refrigerator/produce section in specialty stores like Trader Joe’s, and of course, they are usually available at Asian markets and lately I’ve seen them popping up at our local grocery stores too. 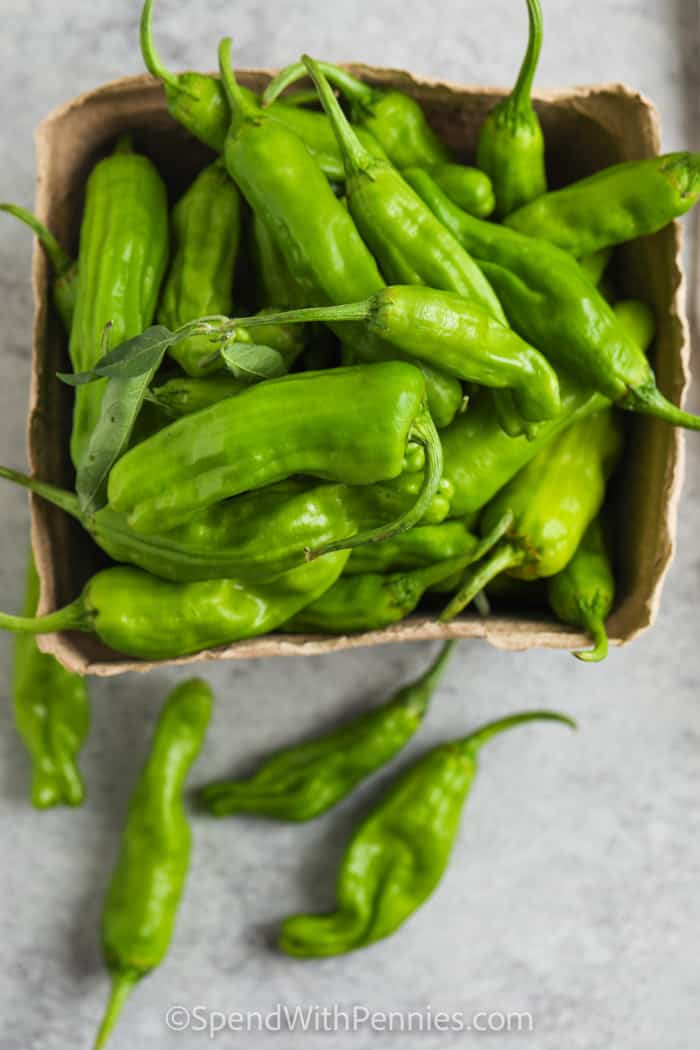 About one in every 10 to 15 shishito peppers will have a spicy kick that may surprise the unsuspecting gourmet, which makes them adventurous to eat! The majority of them are mild in flavor, unlike their spicy chili pepper cousins. But you never know when a sneaky hot pepper might show up to the party unannounced, which is a big part of the attraction!

How to Cook Shishito Peppers

What’s your favorite way to eat Shishito Peppers? Leave us a comment below! 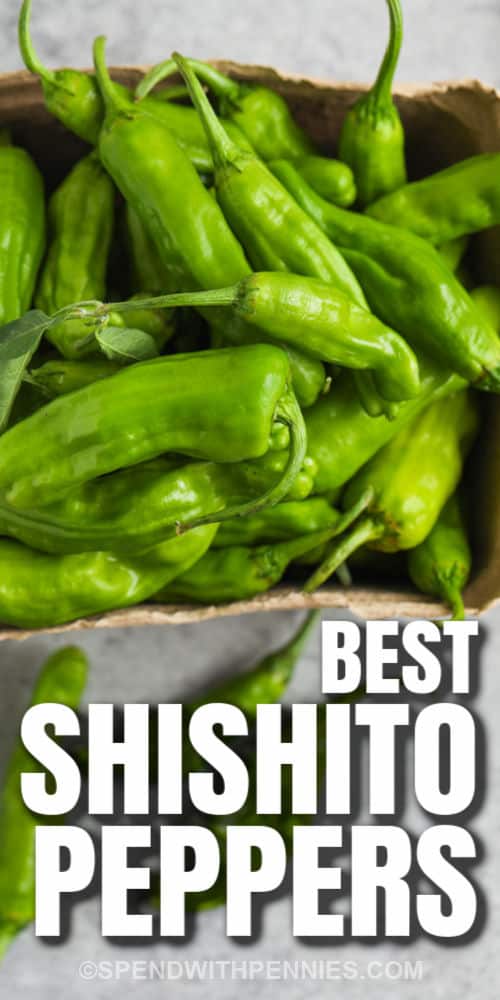 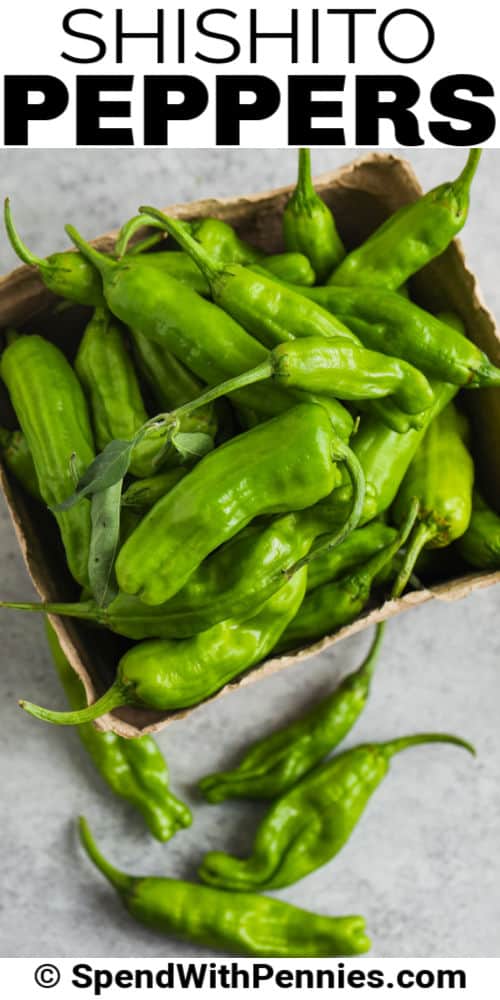 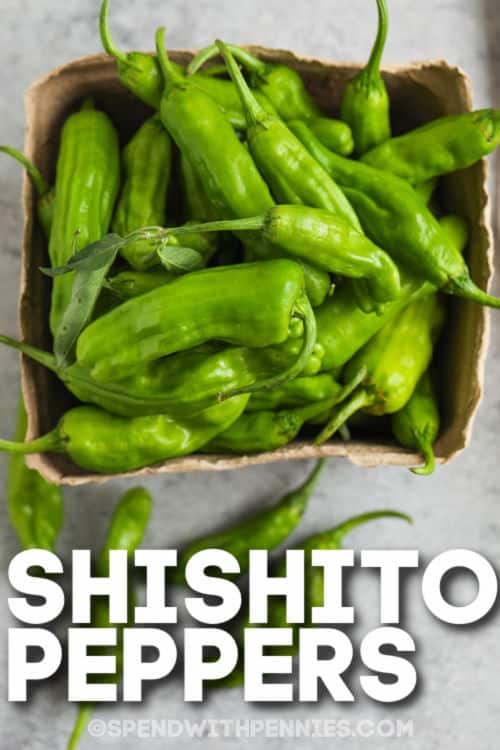