Home > Tips and Great Ideas! > Kitchen Tips > How to Melt and Temper Chocolate 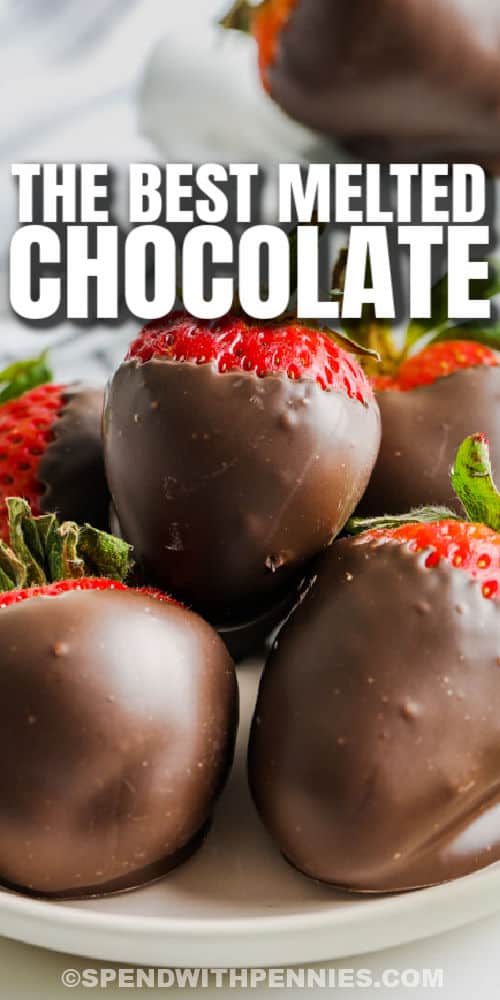 Many home cooks get nervous about melting chocolate, but the good news is that it’s not difficult to do!

With a little know-how, it really is easy to get that smooth, glossy, satin finish on fancy desserts and cakes, cookies, and fruits. 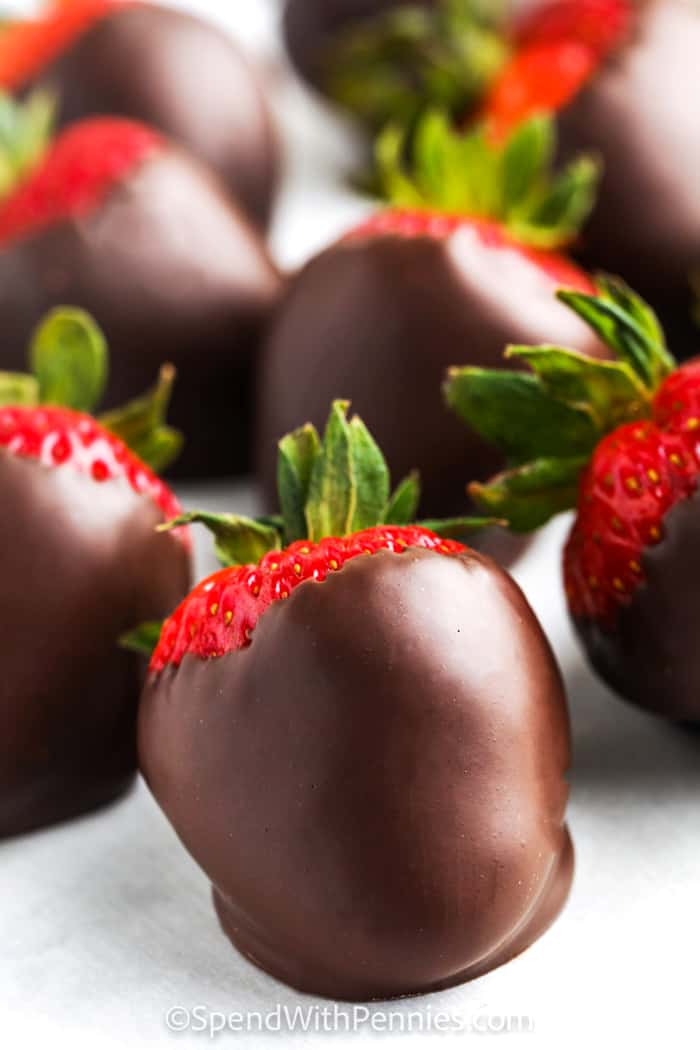 What is Tempered Chocolate?

Tempered chocolate creates the shiny, glossy, thin-coating you see on cookies, truffles, hot chocolate bombs, and especially Candy and fruits. The most common use for tempered chocolate is on chocolate-covered strawberries or desserts seen in upscale restaurants.

Tempering is simply heating/cooling chocolate to the right temperature which stabilizes it so it’s smooth and shiny (and it doesn’t melt on your fingers as easily).

Tempering chocolate keeps it stable for candies. It also makes it shiny and perfect for dipping and creates a glossy finish for hot chocolate bombs (or chocolate-covered strawberries)! 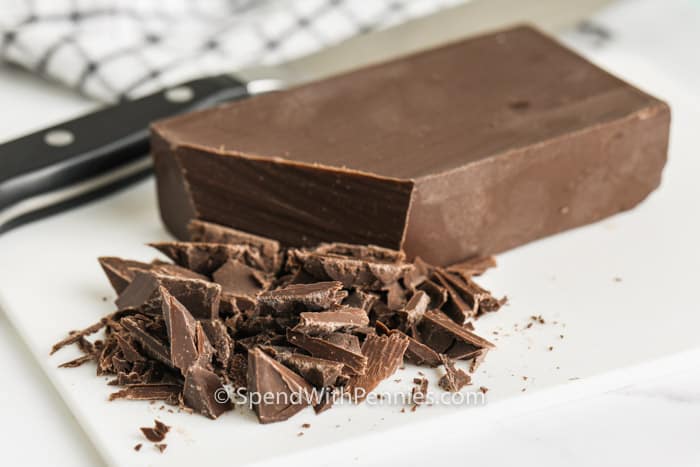 How to Melt Chocolate

The arch-enemy of melting chocolate is called “seizing.” Once chocolate has seized it’s hard to recover. For instance, if you wet a spoon and dip it into sugar (say, adding sugar to your coffee), the sugar crystals absorb the liquid and become grainy.

Until the sugar is exposed to more liquid, it won’t dissolve. But melted chocolate needs to stay creamy so it can perform properly in a recipe. Adding more fat to it will eventually smooth it out, but it may not harden or taste as it should. Cocoa butter is the best stabilizer for chocolate.

PRO TIP: When you are melting chocolate, make sure your bowls, spoons, and spatulas are dry. 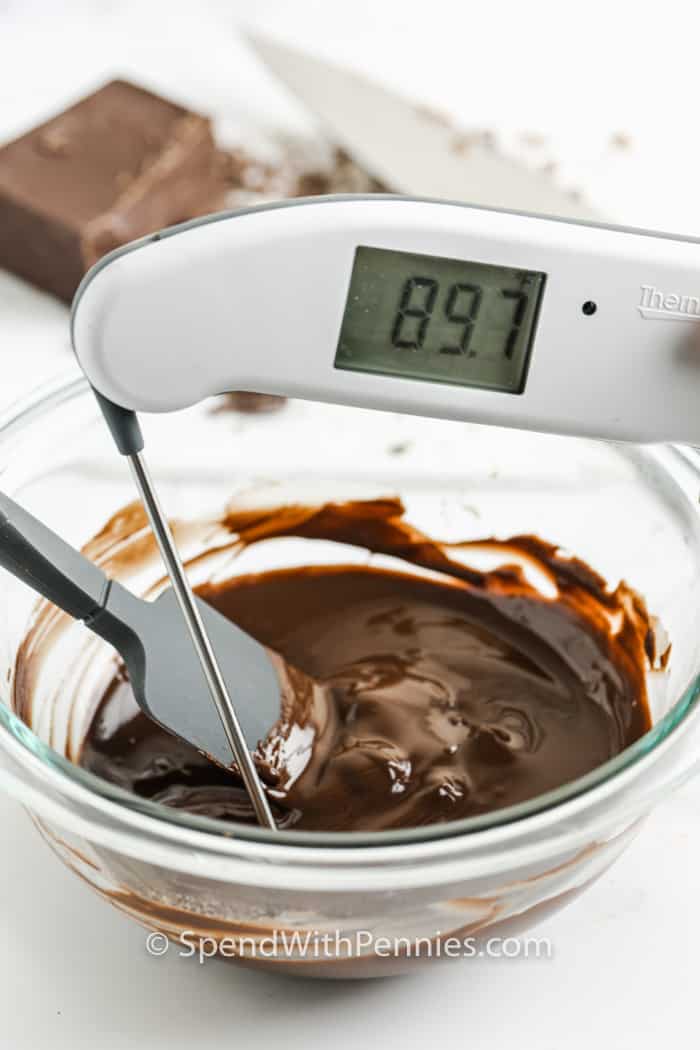 How to Melt Chocolate Chips

The secret when melting any chocolate is in the temperature of the chocolate. Heat the chocolate until most of it has melted but some pieces aren’t quite melted. The residual heat will melt the chocolate without overheating it. 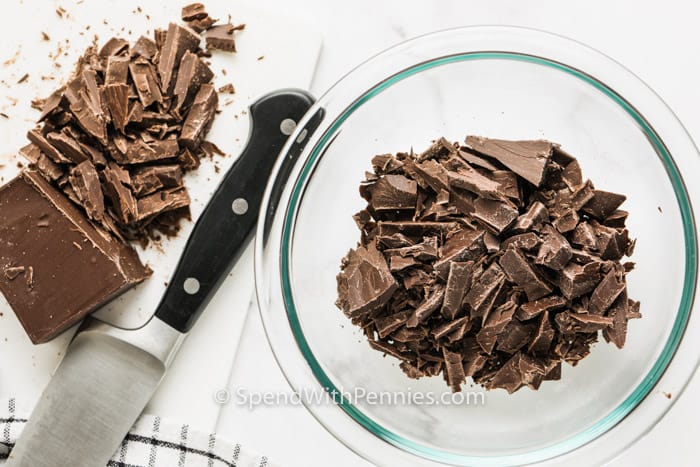 How to Melt Chocolate in a Double Boiler

Many home cooks swear by using a double boiler as the best method to melt chocolate! While the risk of getting water in the melting chocolate causing it to seize is pretty high, it does produce a smooth result and there is a lower chance of overheating the chocolate. 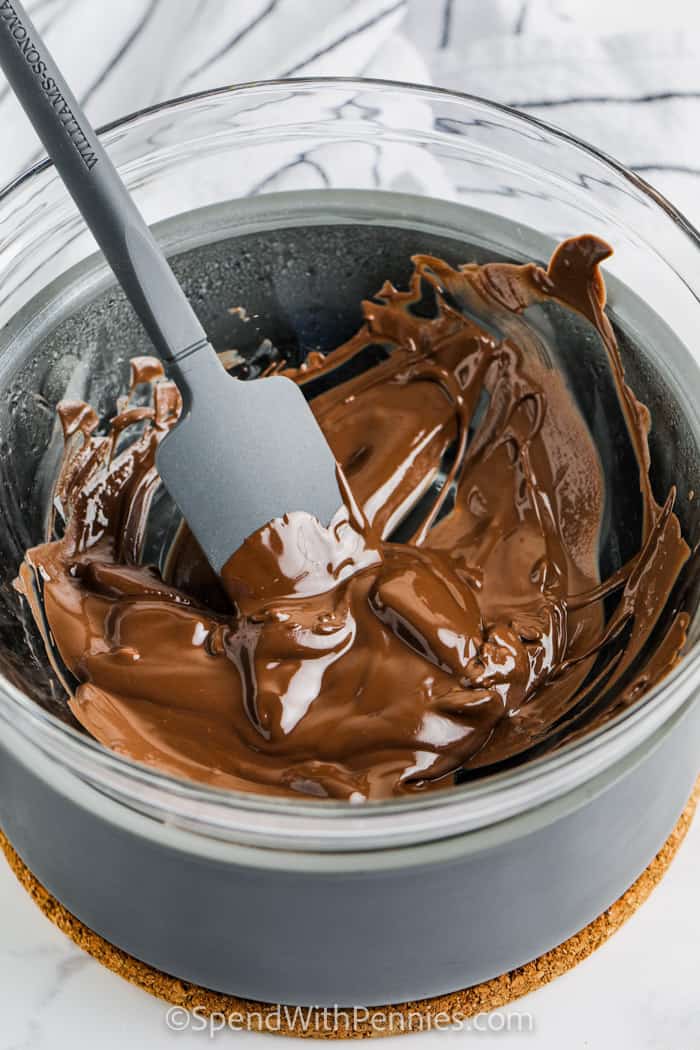 Melting Chocolate in the Microwave

Check the temperature to make sure that the chocolate reads between 88-90°F. If it goes over 90 degrees, stir in an additional ounce of chocolate until melted to bring it back down to 88 to 90 degrees. If you do not temper the chocolate with a thermometer and this process, the chocolate can turn out chalky or discolored instead of shiny. 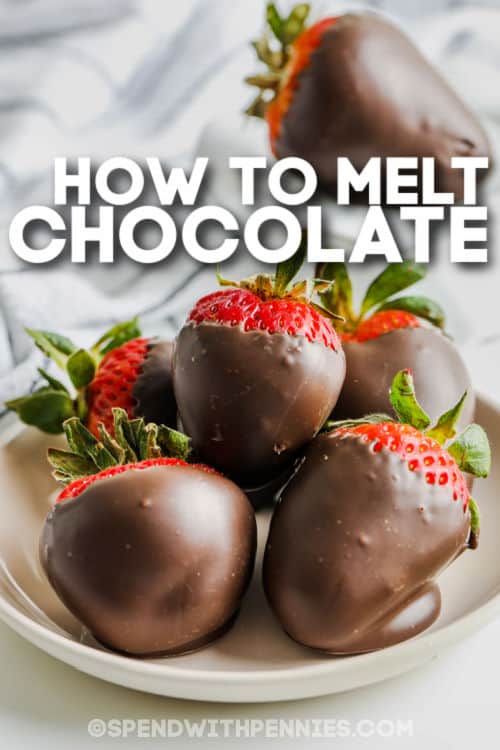 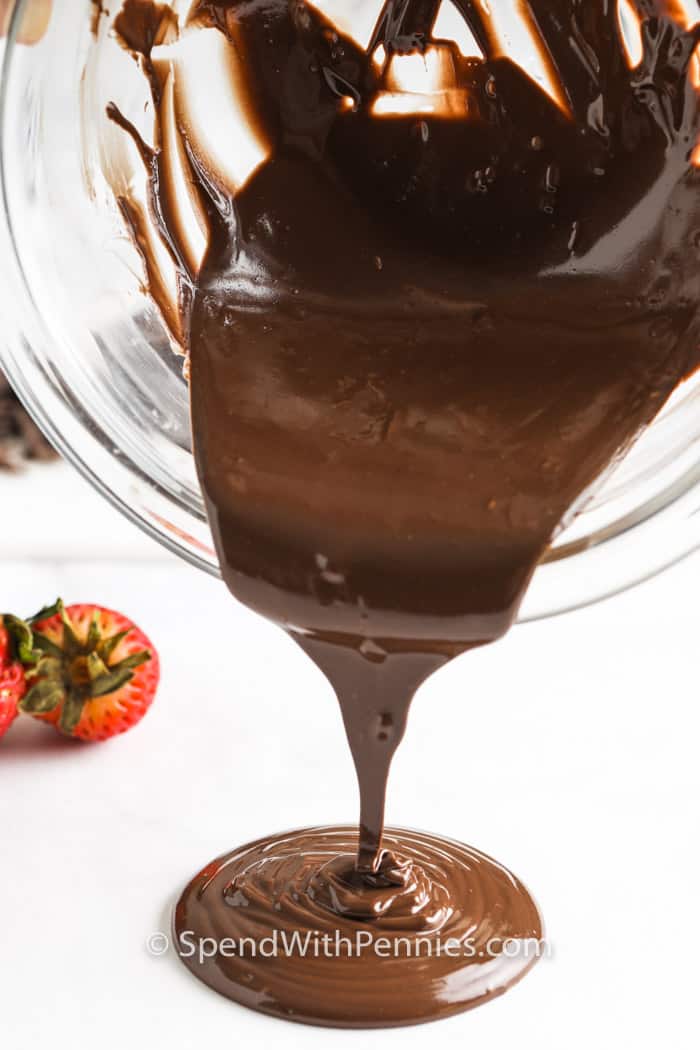 Can You Save Seized Chocolate?

While it takes some effort to salvage seized chocolate, all is not lost! Add small amounts of boiling water a teaspoon at a time, while stirring vigorously.

Extra fat may help, but the seized chocolate won’t harden properly if too much fat is added. Cocoa butter is the best option for this and works best if a double boiler is being used. Vegetable oil is the next option. If the chocolate can’t be used for dipping, use it as ice cream or dessert topping. 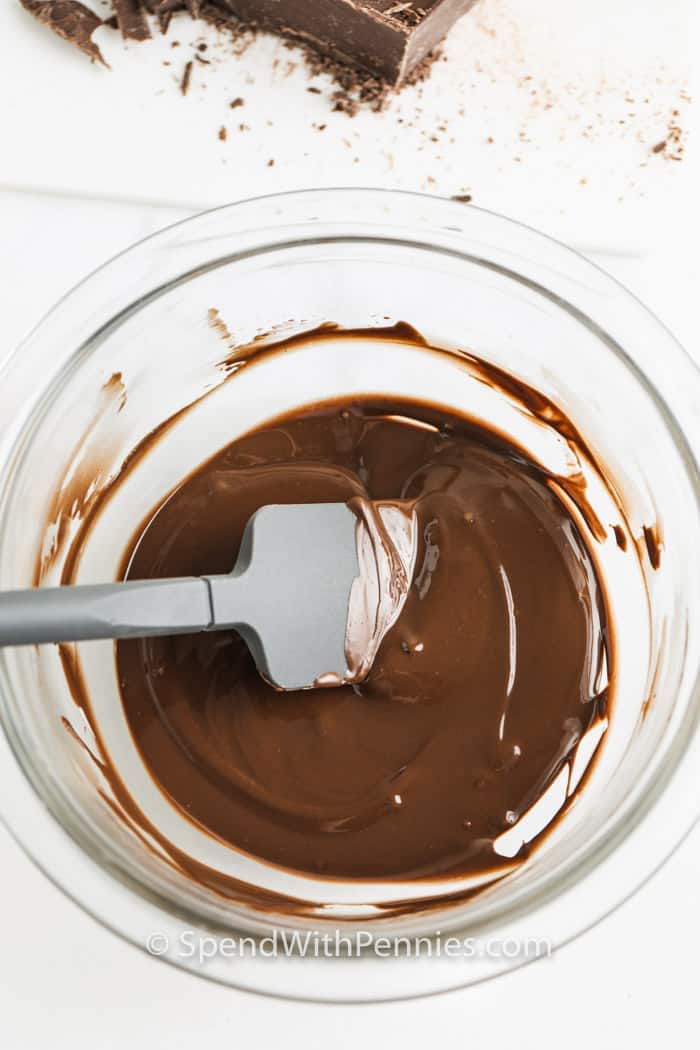 Can You Save Overheated Chocolate?

Mix in new chocolate and stir until it’s smooth again or add a small amount of melted shortening or fat and mix in a high-speed blender.

Here is the shortlist of our fave chocolate-dipped recipes! Perfect for parties, gift-giving, or just a fun activity in the kitchen! 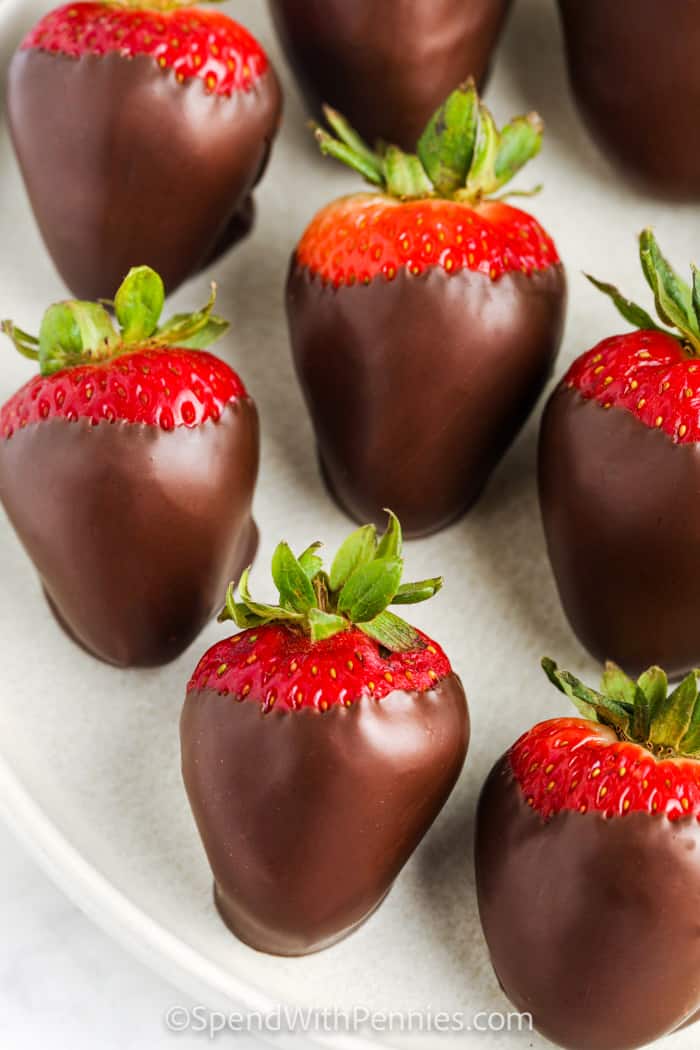 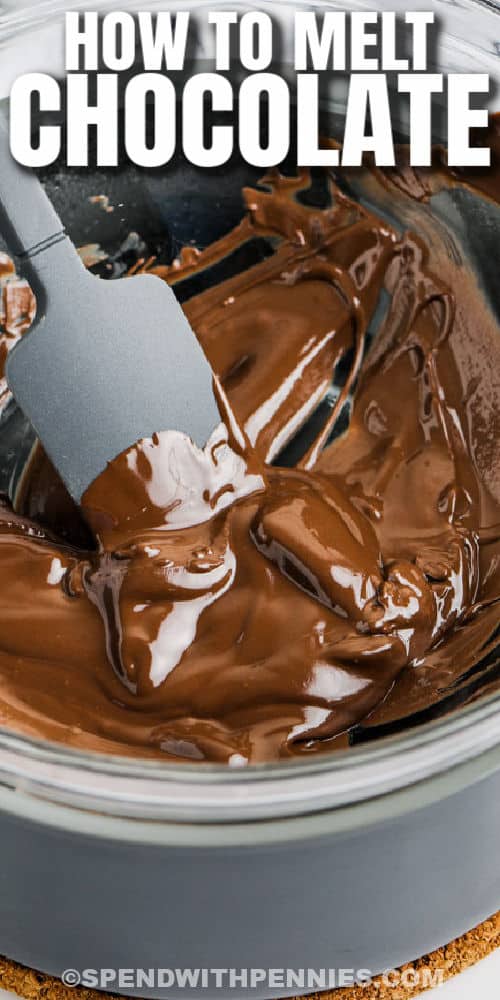 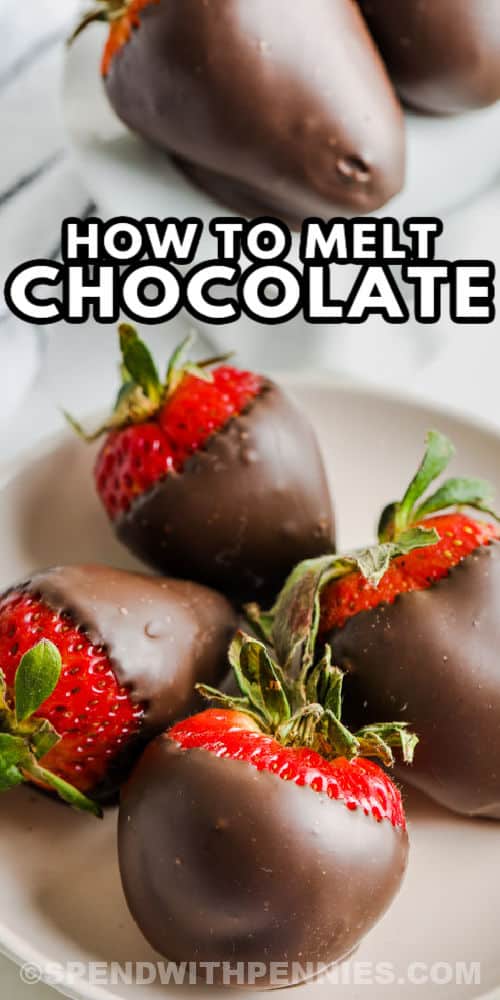