These Cream Cheese Brownies are rich, chocolatey fudgy brownies with a cheesecake ripple!

This recipe is made with a simple and fudgy one-bowl brownie batter, then swirled with a foolproof 4-ingredient cheesecake batter!

Nothing beats a classic, fudgy chocolate brownie… except maybe one that’s swirled with cheesecake!  These cream cheese brownies are the ultimate sweet treat, made with ripples of cheesecake and whorls of rich chocolate.  They’re also incredibly easy to make, with a one-bowl brownie recipe and a simple 4-ingredient cheesecake swirl.

The brownie portion of these cheesecake swirled brownies is adapted from my favorite brownie recipe (which you may also recognize from these Peanut Butter Fudge Brownies!). While I always prefer to make my desserts from scratch (especially if they’re as easy to make as this one), I have also made these using Ghirardelli’s Classic chocolate brownies with great success!  If you’ve been asking yourself what desserts can you make with brownie mix, Cream Cheese Brownies are a fantastic option!

These brownies work best in a 7×11 pan, but you could also make a 9×9 pan work, I’ve found that a 9×13 pan makes the brownies much thinner than I like them to be. 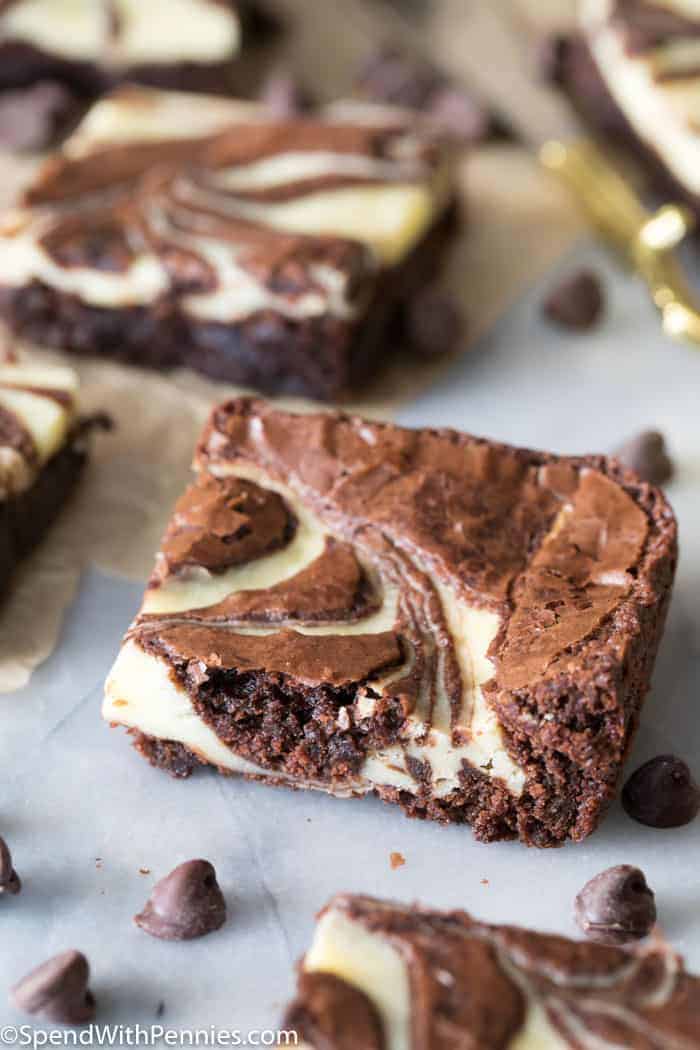 How to Make Cream Cheese Brownies:

To make cheesecake swirled brownies, you’ll need a fudgy brownie batter and then, of course, a small batch of cheesecake!

To make the cheesecake swirl, you’ll need to combine cream cheese, sugar, an egg, and vanilla extract until the mixture is smooth.  For best results, you’ll want to start with room-temperature cream cheese, and I also recommend using an electric mixer to beat your ingredients together so that the cheesecake is completely lump-free.  Then you’ll drizzle this over the chocolate brownie batter and swirl with a knife before baking. 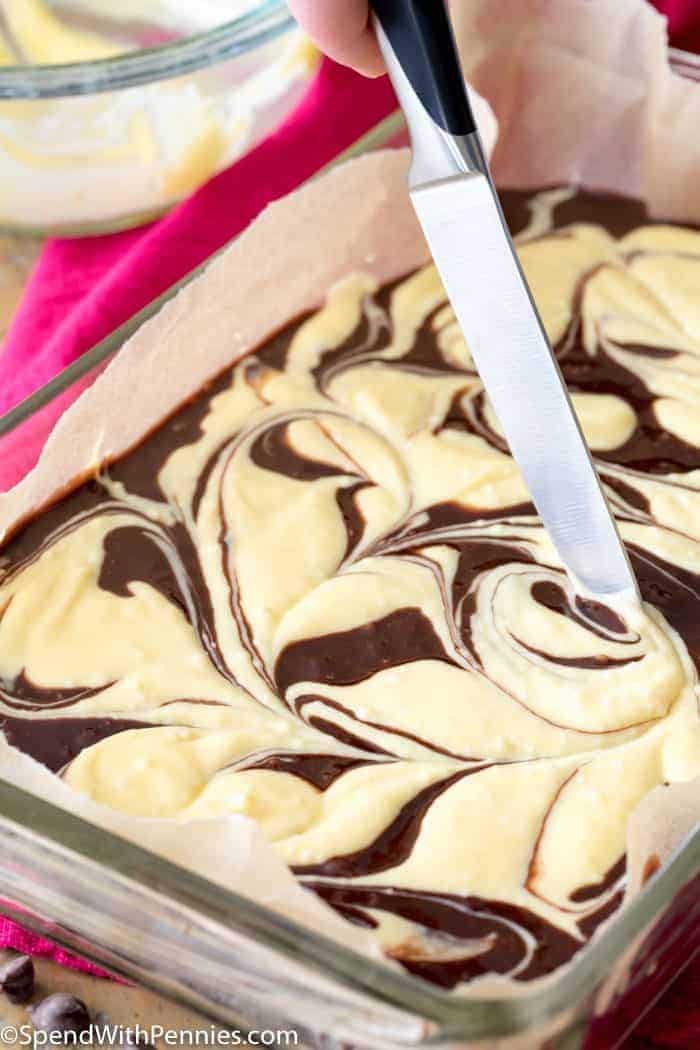 Can you add chocolate chips to brownie mix?

Yes, stir them into the batter last, just before spreading into the baking pan.  The average batch of brownie batter can handle having about 1 cup of chocolate chips added.

How do you cut brownies cleanly?

Allow the brownies to cool completely before attempting to cut.  For a very clean cut, refrigerate the brownies for several hours, use a warm knife (the best way to warm a knife is to run it under hot water and then dry it off just before cutting), and wipe the knife clean between cuts.

I recommend lining your baking pan with parchment paper so that once the cream cheese brownies have cooled completely you can simply lift them out of the pan and place them on a cutting board to cut them that way — much easier and neater than trying to cut directly in the pan! 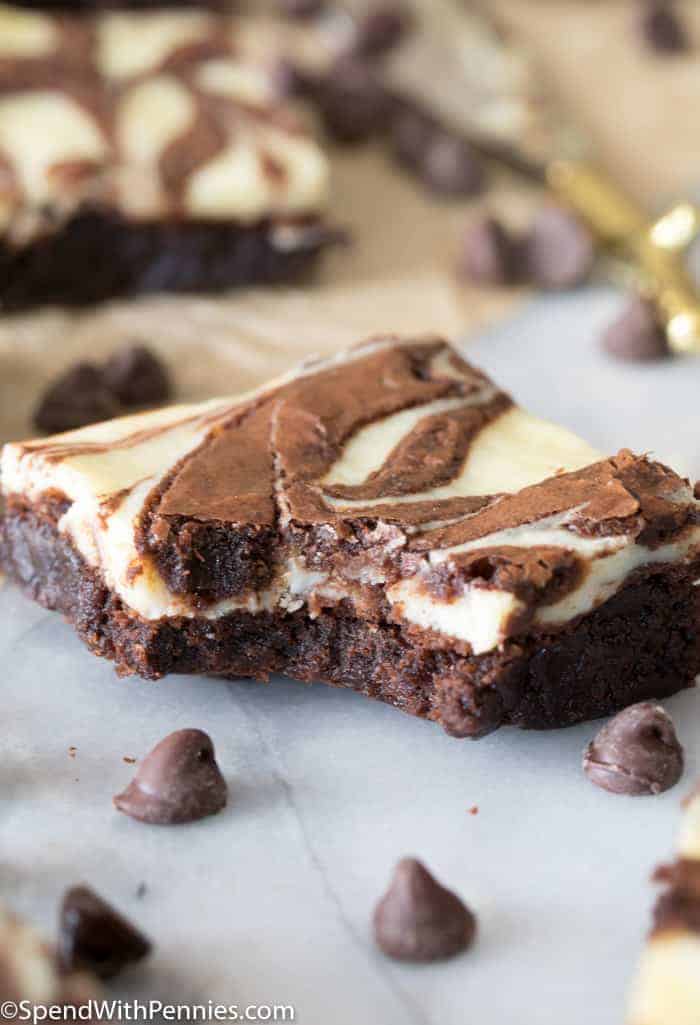 What do you serve with brownies?

These cream cheese brownies taste great on their own, or they also are wonderful when served warm with vanilla ice cream, whipped cream, or chocolate syrup!  Walnuts, pecans, and sprinkles are some other great options!

*NOTE: I originally suggested that you could use your favorite box mix as a substitute for the from-scratch brownie batter, but after a few people had difficulty with the recipes I no longer recommend using a box mix. I have had success using Ghirardelli’s Classic Chocolate brownie mix, but outside of that I can’t vouch for the success of this recipe using a box mix! 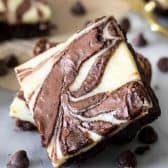 Course Dessert
Cuisine American
© SpendWithPennies.com. Content and photographs are copyright protected. Sharing of this recipe is both encouraged and appreciated. Copying and/or pasting full recipes to any social media is strictly prohibited. Please view my photo use policy here. 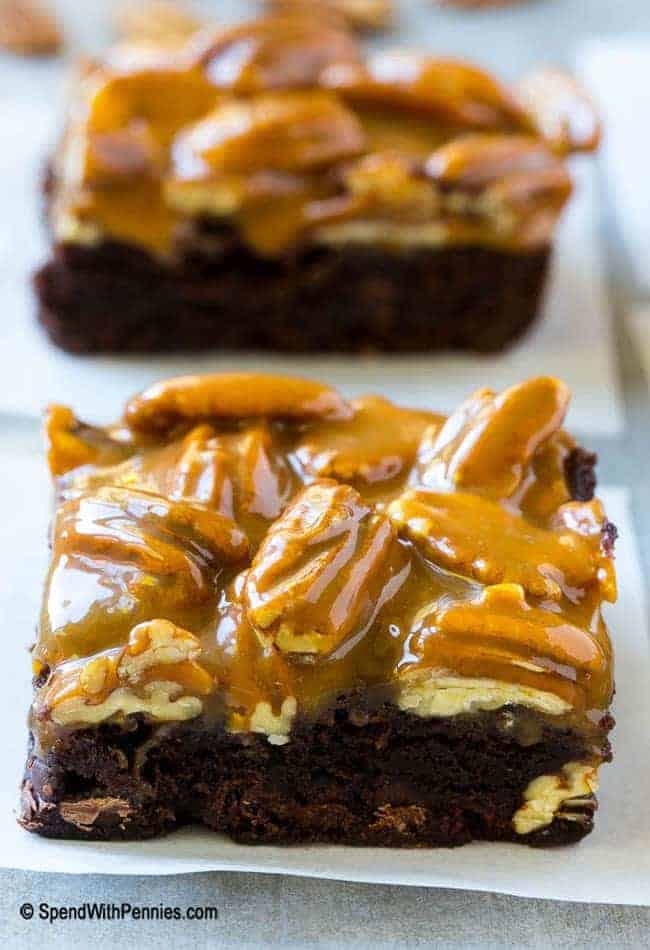 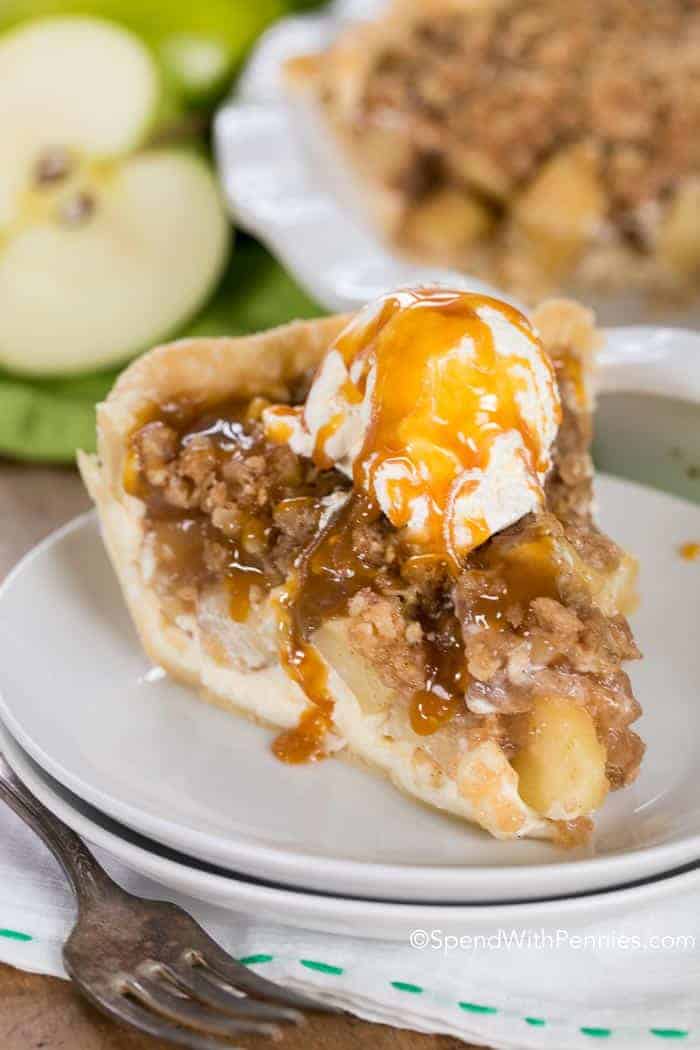 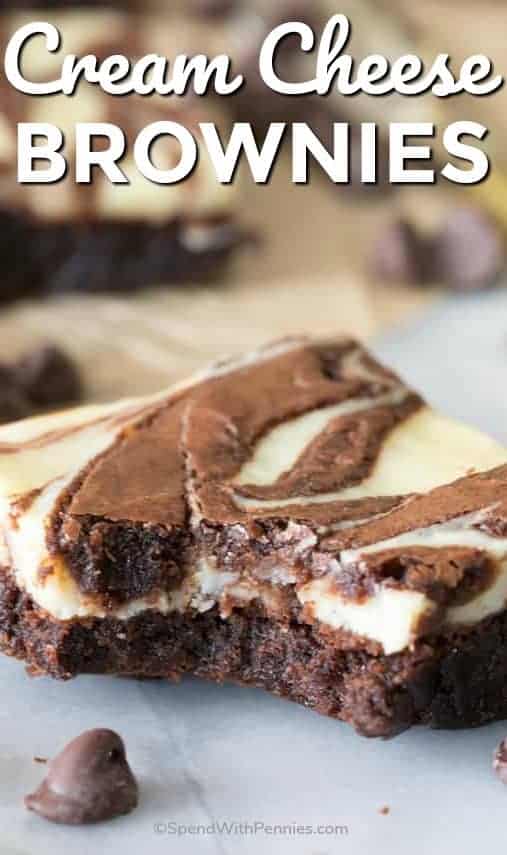 Samantha is the creator behind the dessert blog “Sugar Spun Run”, a website she began as an excuse to appease her insatiable sweet tooth. Here she shares original, from-scratch desserts, usually of the chocolate variety. If she’s not in her kitchen (more likely than not coated in a fine dusting of powdered sugar), you’ll probably find her hanging out with her husband and their two dogs, Penny and (Princess) Leia.

How to Make Beurre Blanc