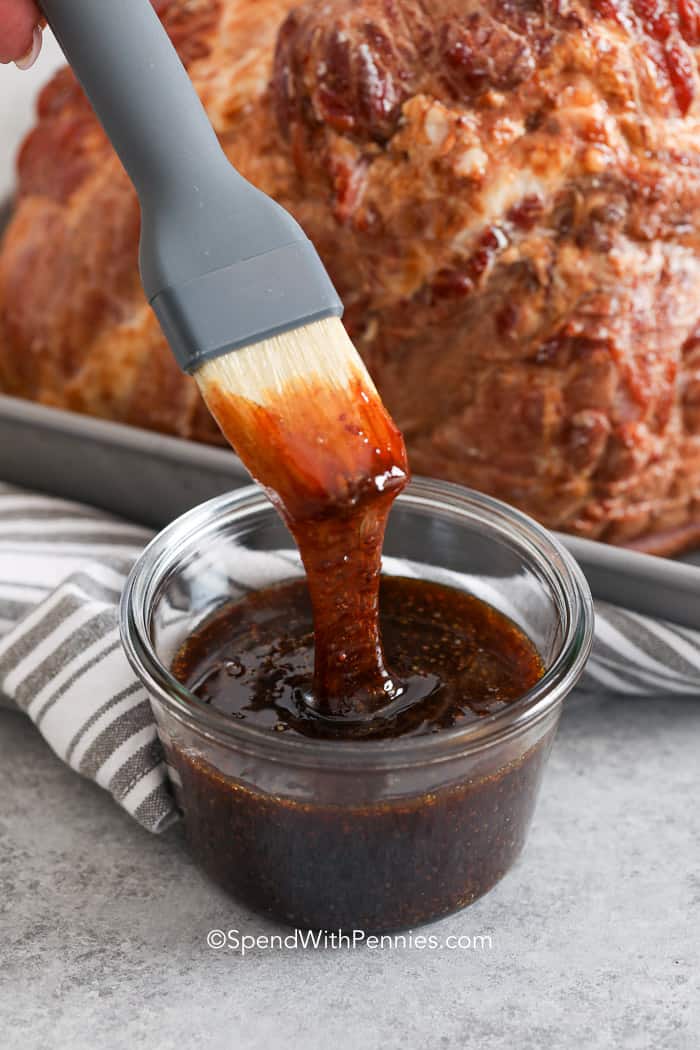 Brown Sugar Glaze is the perfect addition to your holiday ham. A combination of brown sugar and honey are flavored with the addition of orange juice, dijon mustard and some warm spices.

Simply simmer the mixture until thick and brush the glaze over your ham at the end of cooking.

Glazing a ham is not required but adds a lovely sweetness to the outside while the ham is tender and juicy inside.

We score the ham to allow the juices to seep into the meat a bit (plus it gives a pretty presentation).

This glaze can be used on the following: 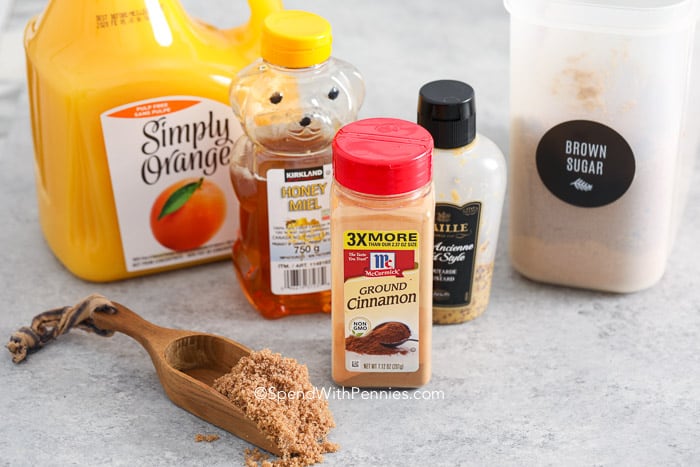 Making ham glaze couldn’t be easier. The ingredients in this glaze include:

Brown Sugar & Honey These are the base of the glaze and caramelize to create a thick, sticky and flavorful glaze.

Dijon Mustard I love to use a dijon or grainy mustard for a little bit of zip. If you don’t have these on hand, you can also use a splash of apple cider vinegar.

Warm Spices I add cinnamon and a bit of ginger. You can sub in apple pie spice or pumpkin pie spice. Any warm spices work, nutmeg, clove (be conservative), allspice. Rosemary is also a lovely addition to this glaze! 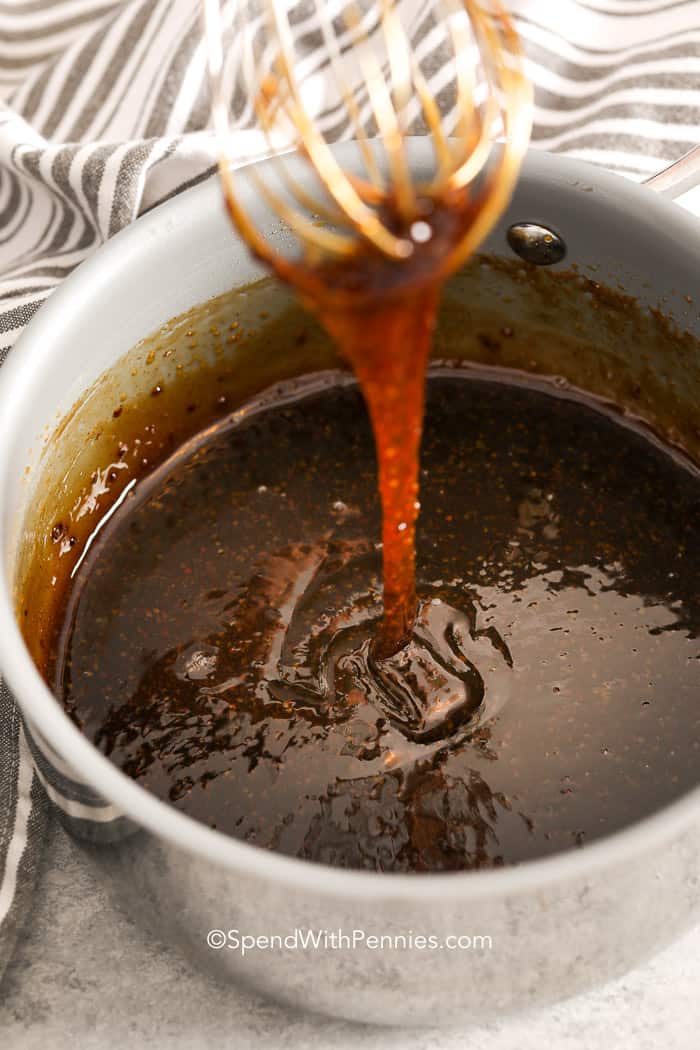 How to Make Brown Sugar Glaze

Combine all ingredients in a saucepan.

Keep in mind, as brown sugar glaze is boiling, it is almost becoming candy-like and the sugars are at a VERY high temperature. It is extremely hot so be aware if you have little ones or pets around.

When to Glaze a Ham

Oven Glaze the ham in the last 20-30 minutes of cooking. If you glaze for longer than that, the glaze can burn.

If the ham is spiral cut, I try to ensure a little bit gets in between the edges of the layers. 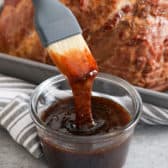 Author Holly Nilsson
A sweet glaze with warm spices is the perfect glaze for any kind of ham!
Print RecipePin Recipe